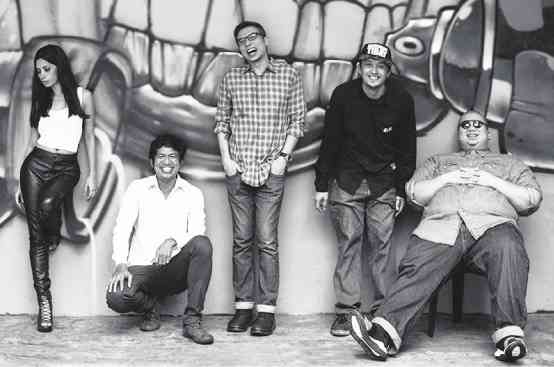 MUSIC is a rich and dynamic language the whole world understands, with each artist from every country contributing individuality, identity and culture to the global repertoire.

Facets of Filipino identity will be on full display in Copenhagen when Sinosikat, one of the leading funk and soul acts in the country, takes the stage as the lone Philippine band representative to the music portion of P-Noise 2015, the Filipino Festival (Film, Arts and Music). It is ongoing until Aug. 30.

In the last fest staged two years ago, “identity and tribal roots” was the theme. The group Talahib raised the flag for the Philippines.

Sinosikat, formed in 2004, brings to P-Noise its brand of “Pinoy soul,” described as an eclectic mix of jazz, rhythm and blues, soul and funk.

P-Noise, mounted as part of a commitment to expose and develop the Philippine contemporary art scene, is a platform for Filipino artists to showcase and express their vision in Scandinavia. It is held at Dansehallerne, the national stage for dance and contemporary arts.

Participating artists were chosen for their “high artistic quality, unique Filipino identity, contemporary sound,” and for being “established artists.”

The main event of P-Noise will be held on Saturday. Live music, modern dance and stage performances will be matched by an art exhibition of contemporary photographers and painters.

The Filipino Film Festival is currently being held at Cinemateket, and features Raya Martin’s “How to Disappear Completely,” among other indie films; a “Queer Night” in partnership with MIX Copenhagen; and a discussion panel with Filipino artists on the state of contemporary art in the Philippines.

Keyboardist Cabardo, one of the original members of Sinosikat, said the P-Noise audience can expect an all-original set from the band, with room for collaborations with local artists.

Cabardo said all the members were excited about the opportunity to showcase the Sinosikat brand of Filipino talent and artistry in Denmark.

And the members plan to bring back things they’ve learned so far to the studio, just in time for a brand-new album.