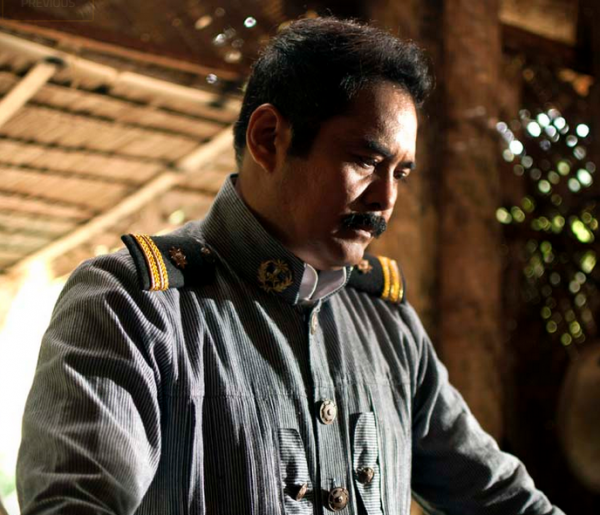 NEW YORK CITY — Antonio Luna would have been an easier man to understand if he were a conventional Philippine hero. In fighting for independence from Spain, Jose Rizal advocated for a peaceful revolution through his pen, while Andres Bonifacio initiated guerrilla warfare with his bolo.

History was not as kind to General Luna whose brutal murder eclipsed his many talents and virtues, even when he was prone to bombast. He was a writer, poet, pharmacist, an excellent guitar player and martial artist who, in Belgium, studied military strategy and the use of field fortifications, trenches and guerrilla warfare. For most of his critics, however, he was simply a hothead.

New York City was the first to see “Heneral Luna,” last July 25 at the Asian American International Film Festival in Village East, ahead of its slated commercial release on September 9 in the Philippines and in commercial theaters in the U.S. mid-October (A special screening is also scheduled on August 30 at 1:30 pm at the Anthology Film Archives in New York; another one is set for August 31 at the Marina Theater in San Francisco.) By having an advance screening here, the movie set a milestone. Probably not since 1936’s “Zamboanga” has a Philippine-made feature film with Filipino stars screened first in the U.S.

The movie opens by interposing, in quick succession, Spain ceding the Philippines to the Americans, relinquishing control in the Treaty of Paris and selling the country for $20 million. 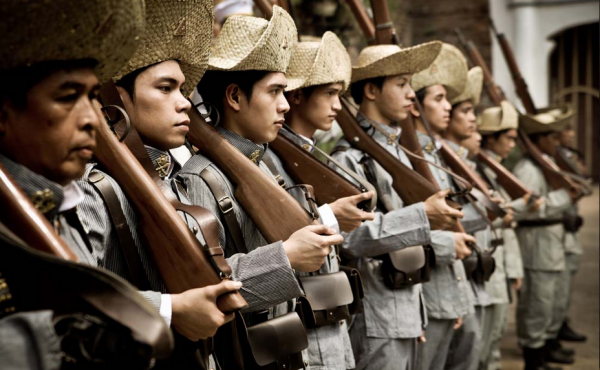 This move compels Luna to suggest a pre-emptive strike against the Americans before more of them could land in Manila, but he was ignored. The inevitable happens. The war between the Filipinos and Americans ensues with the latter seen committing atrocities against Filipinos, young and old, men and women. The war takes its toll on the ill-equipped Filipino soldiers.

The scenes settle down later on a long table with cabinet members on the side and — on opposite sides of the table — General Luna and President Emilio Aguinaldo. This is where the other war begins and where the war of words would later escalate to more feuds. If one is to understand politics, you know the person with the tight lip could prove to be an even more dangerous enemy.

Director Jerrold Tarog draws out these scenes with admirable restraint, just showing enough to set us up for another story, about a crusty general who spawns enemies in government and among his ranks.

The protagonist’s uncontrolled temper here seems perilously close to caricature, but John Arcilla imbues Luna with benevolent wit to shake off some of the bluster spewing from his mouth. He is ably supported by the literate screenplay of Henry Francia and E.A Rocha, which gives a rich, natural Tagalog dialogue. Credit also goes to Dr. Vivencio Jose’s biography of Antonio Luna, which this movie is also based on, among other references that helped shaped Luna on screen.

If one asks why yet another historical epic (and there’s been a couple of them coming from the Philippines), it’s only because the audience has seen many previous efforts suffer under the weight of their own self-importance, with their focus on gloss, craft and little else by way of imagination or respect for their audience.

What sets “Heneral Luna” apart from other historical epics is its relevance to this day. It’s a convincing wake-up call from the past. It also spares us the paralyzing self-consciousness, if not stagey scenes and florid dialogue affectations that afflict other epics and keep us shackled in the past.

Yes, the enemy is still us. It’s a tale as old as Luna’s but a recurring theme in modern-day Philippine politics. “When will we ever get it?” the movie seems to implore even if it’s stated clearly by Luna, “Our enemies are ourselves.”

Luna bred many enemies, being the brigadier general of the Philippine army and having other titles and honorifics accorded him–and just a year after arriving from exile in Spain. Luna came back to the Philippines in July 1898 realizing the Americans were the least of his worries.

On the battlefield, Luna would fight not just Americans but deserters and insubordination from his army. On the presidential table with cabinet officials, he would argue against autonomists Pedro Paterno (played by Leo Martinez) and Felipe Buencamino (Nonie Buencamino in a compellingly nuanced performance) who, as the movie depicts, were bent on American sovereignty over country; for trade, the latter said.

With his generals, Luna had no patience for General Tomas Mascardo (Lorenz Martinez) who chose to “inspect troops” rather than follow his order to join him in protecting a vital defense area from the onslaught of American soldiers in what would be known as the Battle of Calumpit. 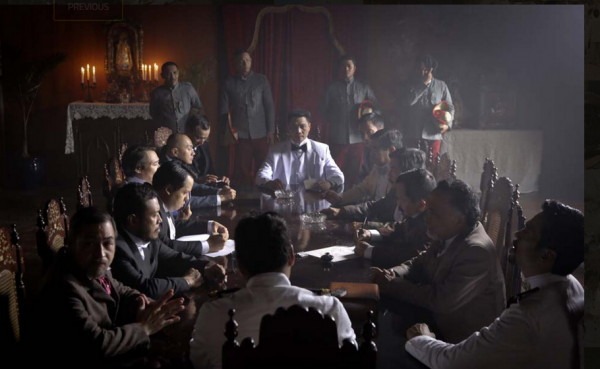 Tarog’s abundant range of talents — he also scored and edited the movie — is evident in the sequence of events leading to the confrontation of the two warring generals, Luna and Mascardo. Overall, Tarog’s direction pulses with an assuredness for both epic and scale as well as social commentary.

No patience for politics

The movie shows Luna’s little patience for political intrigue. In one scene meant more as a friendly warning than castigation, Prime Minister Apolinario Mabini tells him, “You don’t know anything about politics.” Luna ignores him.

The general tries to instill discipline among his ill-equipped soldiers but it turns out to be a losing battle. He humiliates officers and soldiers who disobeyed him. What would later result in the most horrific death of a national hero is still shocking to hear to this day.

The Americans would eventually capture Aguinaldo and officially end the Philippine-American war in 1902, placing the Philippines as an unincorporated territory of the U.S. Later in the movie, an American general mockingly intones while chomping on his cigar victoriously, “They (Filipinos) killed the real general they ever had,” as if to suggest the Philippines had a fighting chance with him around.

American soldiers would later regard Luna as their most formidable foe on the battlefield, but even the Philippines’ best general did not stand a chance against people sitting around tables, with a lot of time on their hands. Political machinations can be more fatal than war’s bloodshed, with the bigger casualty–freedom, for trade.

“Heneral Luna” is one of the best films to come from the Philippines in years, and it’s destined to be the most accessible yet for a global audience.

The author can be reached at [email protected]; follow @dennisclemente