FOR THOSE who have just picked up the guitar, “Torete” would most likely be one of the first songs they’d learn to play.

Almost a decade since Acel Bisa-Van Ommen—former lead vocalist of Moonstar88—left the band, she still gets approached by aspiring artists, thanking her for the 2000 hit.

“Young session players tell me that they started playing the guitar with Moonstar88 songs. Now some of them get to play with me,” Acel told the Inquirer in an interview.

Acel, who also fronted the band Orphan Lily in the 1990s, considers her four years with Moonstar88 as the peak of her career as a recording artist. Now an independent musician with two albums under her belt, she’s set to celebrate her 20 years in show biz with a show titled, “Who Would Have Thought? [email protected],” tonight at Teatrino Promenade in Greenhills.

“The songs will reflect the ups and the downs of my life as a musician and now as a mother of two boys,” Acel said. The 38-year-old singer is also launching a book, also called “Who Would Have Thought?”

Directed by Jeffrey Hidalgo and with guests Barbie Almalbis, Kitchie Nadal, Yeng Constantino, Quest and her past bands, the concert will benefit Right Start, an organization for underprivileged youth that Acel cofounded with friends. 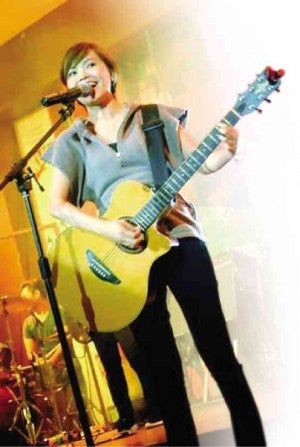 I have a new song called “Panyo,” which I’m releasing digitally. At one point, I thought I was too old for this, but I kept writing. I’ve missed seeing people get touched by my work.

You and contemporaries Barbie and Kitchie are now rocker moms.

My sons are proud of me! The musician in you remains no matter what. But the way you express yourself is different now. I wouldn’t write a song about crushes. Rather, I would sing about purpose, learning, the future.

Can you tell us more about Right Start?

We help 150 children and teens. We provide a place where kids can be kids; where they can create and be productive. We have a mini library, a play area … and volunteers who teach music, art, sports.