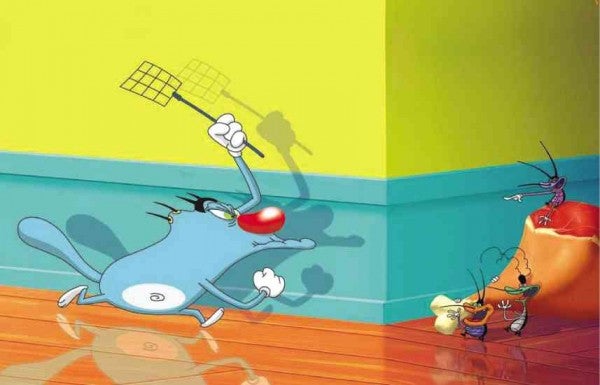 “OGGY and the Cockroaches” is Cartoon Network’s top-viewed series.

Children absorb volumes of information from various avenues and channels, from word of mouth or digital ads or television commercials. These particular “channels” are what the Turner Broadcasting System— the company behind Cartoon Network, Toonami and Boomerang—is concerned about. That was its reason for conducting New Generations 2015, an analysis of kids’ media habits and preferences.

Turner International Asia Pacific’s Daniel Webb, director of research and planning, stated that the company was interested in understanding the next trends. “That helps us understand the trends that are going to be coming in terms of media consumption; how we create our strategies of getting content into the hands of kids across the country,” he said.

The online study was done from December 2014 to January 2015. This was specifically for kids 4 to 14, from upscale environments with their parents present during the survey. Over 500 highly connected households were used as test samples, with males and females at a 50/50 split.

The results had an average of five hours of viewing a day. A total of 94 percent of children would watch television and 93 percent would go online for entertainment.

On the digital side, the preferred mobile device turned out to be the tablet, followed by the smartphone. Social networking was the popular activity for the older kids while playing downloaded games was for the younger set. Use of gaming consoles was not listed in the survey.

Social connections, such as friends and classmates, were found to have the most influence in discovering new trends in toys, games, movies and technology. It was the top media platform at 45 percent, followed by television at 44 percent.

The survey showed that the percentage of parents spending time to watch television with their kids was high at 75 percent. Online use, when children play catch-up by viewing episodes online and other pursuits, was monitored to a lesser extent.

While the survey was about how children utilize media, there was little information on the actual cartoon content viewed. It showed that the most popular show in Cartoon Network was “Oggy and the Cockroaches,” followed by “Tom and Jerry.” Both are slapstick comedies, where the main characters communicate mostly through signs and miming actions. The third most-preferred show was the fantasy-themed “Adventure Time.”

The New Generations study pointed to television as the top media preferred by children by narrow margins over online avenues. As to what Turner Broadcasting System would do with this information, Webb said: “This research…[will be] used to help us develop our content, so we make sure that we have the right content in the right places for kids…We look at this research and we absolutely need to create apps. In the detail of the data, we find out what platform we should be developing apps for. Do we need to bother with catch-up TV? Absolutely, because kids are increasingly demanding content, asking where they are.”

As for the content, Cartoon Network as a brand is still skewed toward entertainment. The survey was conducted during a holiday period, possibly affecting the results.