You can’t put a ‘stupid’ book or TV show down 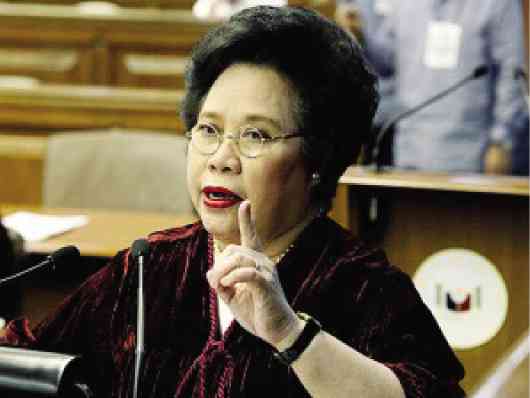 SANTIAGO. Has made her stellar mark in “comedic literature.”

In the course of her long residency and ascendancy as a colorful public figure, Sen. Miriam Defensor-Santiago has racked up an impressive roster of achievements, not the least of which was a strong bid for the country’s top political office.

This year, however, everybody’s Maid Miriam has made her stellar mark in a completely different field, “comedic literature,” with her first compilation of jokes and “hugot lines,” “Stupid is Forever,” topping bookstore sales with 400,000 copies selling like proverbial hotcakes.

Nobody has broken that record—other than Miriam herself: Her hit book’s sequel “Stupid is Forevermore,” has just come out, and has sold 100,000 copies in less than two months! —You really can’t put a “stupid” book down (in more ways than one)!

In another field entirely, the popularity of “stupid” entertainment has been affirmed in the popularity of the cable channel show, “The Science of Stupid,” which is hosted by our very own “funny professor,” Ramon Bautista.

The innovative science show teaches very sound principles—but, in an intentionally funny and klutzy way, so that the information is imparted without the show’s viewers realizing that they’re being educated!

In fact, “The Science of Stupid” is so successful that it’s starting another season of telecasts on the National Geographic Channel. Now that’s not stupid at all—in fact, when it comes to innovative educational TV, it makes a whole lot of savvy and profitable sense!

On the other hand, some intentionally funny TV shows are turning out to be flat-out flatulent, a far cry from their intended objective of giving viewers the laugh of their lives. 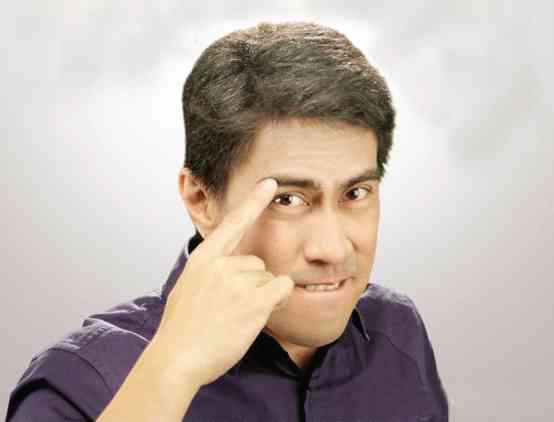 BAUTISTA. His innovative science show makes a lot of savvy and profitable sense.

Fact is, many local TV sitcoms are unfunny examples of this failure—what seems to be the problem?

Really funny US or British sitcoms favor the half-hour, wacky format; employ a veritable platoon of scriptwriters, and take a whole week to come up with a really funny telecast, in which the goal is to make viewers laugh at least four times per minute.

On local sitcoms, the situation is much lazier and cheaper: Comedy shows are an hour long, are written by fewer people, and are taped in only one day—or less.

Worse, the real jokes come few and far between—one every two minutes would be more their speed, or lack of it. Given this sad situation, local viewers laugh much less often, until they realize that they’ve been had and poorly served, and watch something else and better.

So who’s being stupid now?