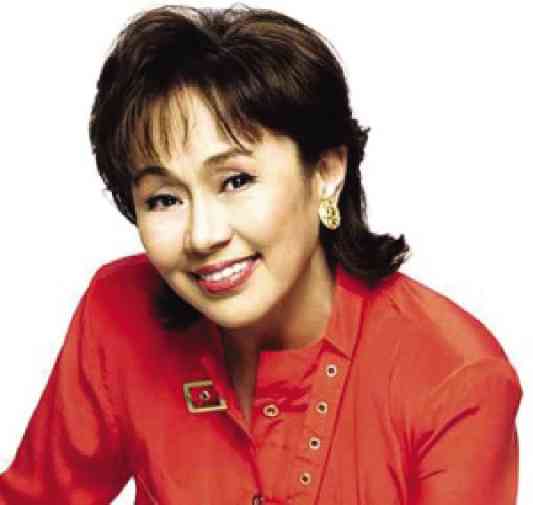 OUR RECENT article on Vilma Santos’ “national” political prospects got a lot of feedback, indicating that quite a number of people agree with us that everyone’s Ate Vi should be seriously considered for at the very least a senatorial run in next year’s polls—and is also a good prospect for a VP slot. —Vi for VP? Whyever not?

—Well, “somebody else” could be thinking the same thing, because one day last week, we were roused by calls from friends and colleagues to take a gander at the headline of a broadsheet, which clarioned: “Ate Vi gets feelers to be admin VP bet.”

Their point? “Our” campaign was heating up fast, and getting the attention of some “well-placed people!” Oh, really?

For one thing, it wasn’t “our” campaign, we were just thinking and writing “aloud,” and expressing our firm conviction that Vilma has the unique combination of attributes and experience that would serve her well in a national post.

If high-placed interest in her capabilities and “winnability” went up to the level of the VP race in 2016, why not go for it? We could do (much) worse, right?

In any case, we thanked them for their misplaced or exaggerated belief in our “clout,” but so sorry, we have never aspired to being a king- or queen-maker. It’s just that we write for a publication with a great and wonderful readership—and, if some VIPs react positively to what we opine, that’s just icing on the cake!

Besides, it wouldn’t be the first time that something we wrote had an impact beyond its immediate intent. For instance, many years ago, we saw the Metropolitan Theater in ruins and were shocked and saddened by what we saw, so we wrote about it and urged others to help “resurrect” the Met.

Well, “insider” friends aver that advisers of Imelda Marcos happened to read our piece—and she acted to indeed save and rebuild the beautiful and historic edifice. She did it, not us. We just wrote about it—but, we’re sure glad we did!

Another example is our decision early in our writing career to focus, not on foreign entertainment, but on local productions. This was at a time when foreign works were almost exclusively preferred—in fact, there were only two movie houses in Manila that regularly showed Filipino films.

Well, we bucked the trend then and started to review Filipino films, as well as local TV productions—and it just so happened that, a few years later, Lino Brocka, Ishmael Bernal and company started making their significant films, so we gave them an early boost, which they appreciated.

By that time, we weren’t the only one giving local productions the attention they deserved, so the new filmmakers’ admittedly “uncommercial” movies had an easier time gaining an audience—a win-win situation all around!

ADVERTISEMENT
Read Next
Jana charms televiewers anew
EDITORS' PICK
Duterte meets with Cayetano, Velasco amid speakership issue
House to probe Facebook takedown of gov’t accounts
Smart poised to turn PH into ‘Smart 5G country’ with nationwide rollout
Water remains our saving grace right now
Feud is over: Velasco next Speaker on Oct. 14
Get 80% OFF Ignite 2020 Cyber Tickets starting 28 September
MOST READ
Velasco to take over as Speaker on Oct. 14
Gun attack in PMA: Air Force man killed, 2 others wounded
‘I offered to resign’ because of endless corruption, says Duterte
Duterte will ask Congress to abolish PhilHealth
Don't miss out on the latest news and information.