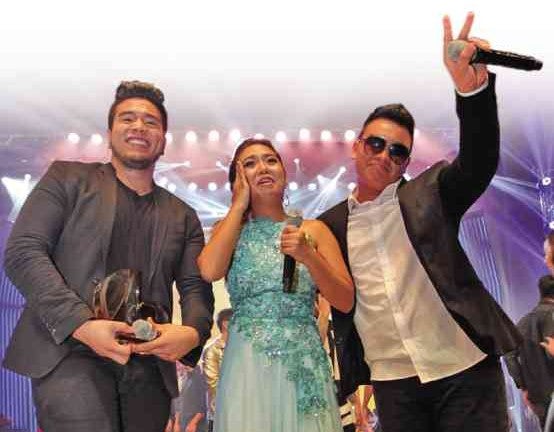 HAVING already won the Philippine Popular Music Festival (PhilPop) songwriting competition in 2013, Thyro Alfaro and Yumi Lacsamana joined this year’s tilt with a different goal: To share their talent and show that they’re not only excellent composers, but also very capable performers.

They did just that and, in the process, blew away the competition with their entry, “Triangulo,” during the grand finals held last Saturday at the Meralco Theater in Pasig City.

“This was something we’ve always wished for from the start. We want to emphasize that we are singer-songwriters,” Lacsamana told reporters.

The songwriting duo’s winning piece two years ago, “Dati,” was interpreted by Sam Concepcion and Tippy Dos Santos. This time, Alfaro and Lacsamana were given the opportunity to perform their song onstage.

“It was a matter of right timing,” pointed out Alfaro, who invited “The X Factor Philippines” finalist Jeric Medina to join him and Lacsamana, in “Triangulo,” a mid-tempo, pop-R&B tune about a woman torn between her current and past lovers.

Like “Dati,” “Triangulo” features clever wordplay that fits the melody like a glove and a chorus made infectious by repeated, semi-rapped syllables and phrases. But what separates Alfaro and Lacsamana, who are also a couple, from other songwriters today is their uncanny ability to know what’s current and hip. 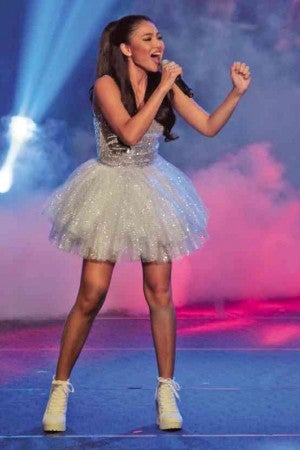 “We write how we speak; we present our songs the way we talk to people,” related Lacsamana, who compared songwriting and joining contests to playing the lottery. “You don’t know the right combination of melody and words. You just have to keep trying.”

“Our sound is a product of different influences, old and new. There’s also luck involved,” Alfaro said, adding that he and Lacsamana don’t see themselves joining the contest again in the next couple of years. As winners, Alfaro and Lacsamana bagged P1 million and a trophy crafted by renowned glass sculptor Ramon Orlina.

Meanwhile, Davey Langit’s “Paratingin Mo Na Siya,” which he performed, was first runner-up, winning P500,000. Mark Villar, on the other hand, took home P250,000 as second runner-up for his song “Sa Ibang Mundo,” which was interpreted by Nadine Lustre and Kean Cipriano.

Sixty percent of the entries’ scores was determined in a pre-adjudication session attended by musicians and industry insiders. The remaining 40 percent, meanwhile, was determined on finals night by a seven-man panel composed of Maynilad’s Randy Estrellado and music artists Paolo Valenciano, Quest, Karylle, Kris Lawrence, Louie Ocampo and Jett Pangan.

The titles, composers and interpreters of the other songs: “Nasaan” by Lara Maigue (sung by Maigue); “Tanging Pag-Asa Ko” by Paul Armesin (The Company);  “Kilig” by Soc Villanueva (Jinky Vidal); “Apat na Buwang Pasko” by Gino Cruz and Jeff Arcilla (Jon Santos); “Musikaw” by Melchor Magno Jr. (James Reid, featuring Pio); “For the Rest of My Life” by Ned Esguerra (Side A); “Walang Hanggan” by Ramiru Mataro (Mataro and Donnalyn Bartolome); and “I Owe You My Heart” by Melvin Joseph Morallos (Anja Aguilar).

Hosted by Mark Bautista, Sam Pinto and Bela Padilla, PhilPop 2015 was presented by Maynilad and Meralco and PLDT Home Telpad, which served as the online content platform for the contest. 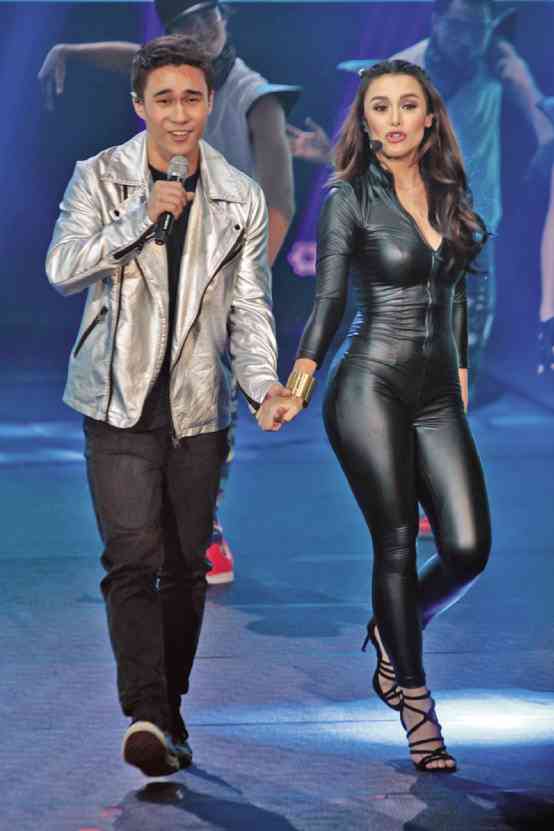 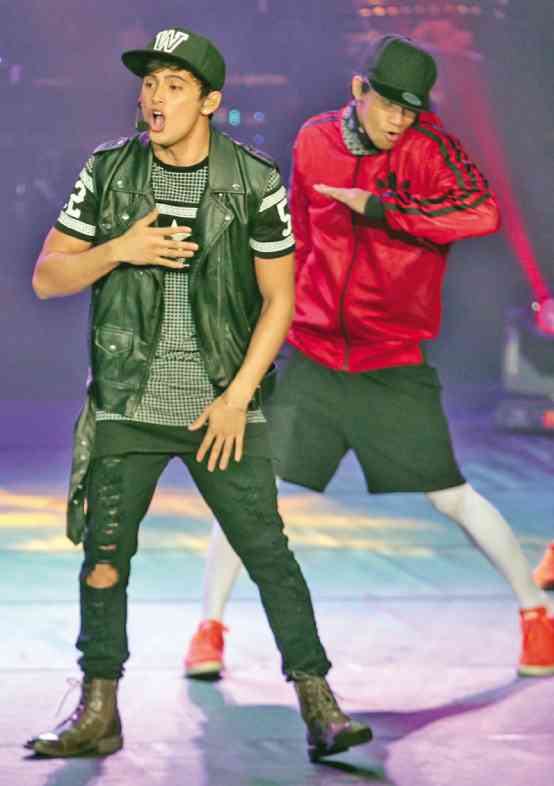 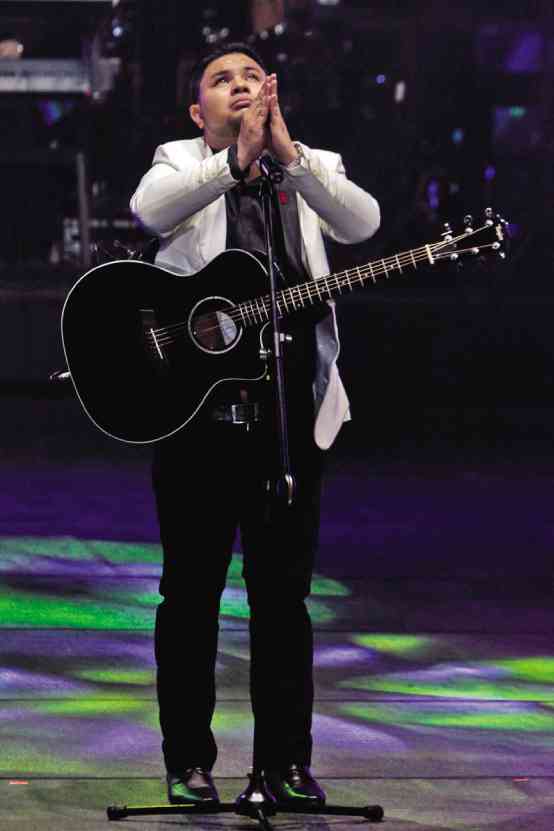