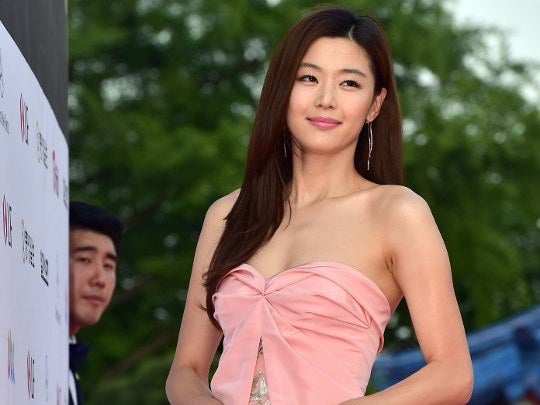 South Korean actress Jun Ji-hyun poses for a photo call on the red carpet of the 50th annual BaekSang Art Awards in Seoul on May 27, 2014. AFP

Korea’s top-notch actress Jun Ji-hyun is 10 weeks pregnant, due early next year, according to her agency Culture Depot on Wednesday.

“To be honest, it hasn’t really sunk in yet. But I’m glad to see my family happy for me,” said Jun, asking fans for continued interest and support for her recent film “Assassination.”

The 33-year-old actress married a Korean banker in April 2012. This is their first child.

Jun, who first rose to fame across Asia with the 2008 film “My Sassy Girl,” is among the most sought-after actresses in Korea after the mega-hit TV drama “My Love from the Stars.”

In “Assassination,” which opened in local theaters Wednesday, Jun plays a female sniper from the Korean independence army in Manchuria, northeastern China, during Japanese colonial rule.