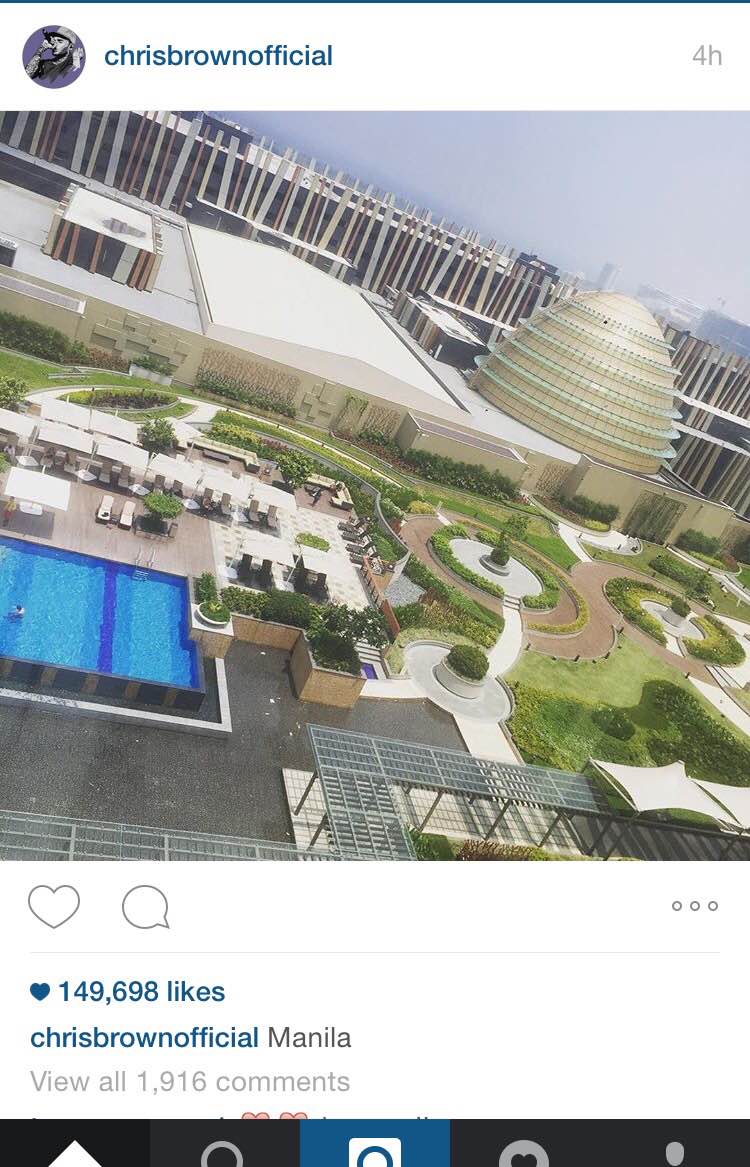 American rap singer Chris Brown has arrived in Manila for his first solo concert in the Philippines.

According to reports, Brown arrived on Tuesday morning aboard a private jet.

On his Instagram account, Brown posted a photo of the view from his hotel room at City of Dreams in Parañaque City with the caption, “Manila.”

He will be headlining a one-night only concert later at SM Mall of Asia Arena in Pasay City.

Brown caused a stir last year when he did not show up for the “2015 Philippine Countdown” New Year’s Eve concert at Philippine Arena in Bulacan, where he was supposed to be the main act, saying he lost his passport. Outraged fans immediately sought ticket refund.

The controversial artist, who pleaded guilty for assaulting ex-girlfriend Rihanna in 2009, is currently promoting his seventh studio album “X” and his collaboration album “Fan of a Fan: The Album.”