‘Tiu’ retire or not to retire

Cager Chris Tiu became a trending topic on Twitter when it was reported that he might quit playing in the Philippine Basketball Association (PBA). The Ateneo hard-court sensation joined the professional league in 2012. Chris is still very much at his peak. It’s way too early for him to retire.

The first time I met Chris was during a flight to Boracay. We were seated in the same row. He was with the entire Ateneo basketball team. He was already famous back then, but he had no star complex at all. Chris made me feel at ease so I fired away with my questions.

Personally, I wish Chris would stay put in the PBA. I enjoy watching his “Tiutorial” segment where he teaches kids the basics of basketball. Amid the hustle and bustle of the ball game, Chris’ poster-boy charm is always a refreshing sight. The Rain or Shine Elasto Painters’ heartthrob has definitely left his mark on the hearts of every basketball-crazy Pinoy.

Here’s my one-on-one with Chris:

What will make you decide to retire or not?

It will depend on the demands of my other commitments such as my business ventures (both personal and family-owned) and family.

What’s your most unforgettable experience in the PBA?

It wasn’t exactly a memorable experience. It was when we lost to Talk ’n’ Text by two points in Game 7 of the Finals in double overtime. I really thought we had that championship in the bag. I also won’t forget the day I was drafted by Rain or Shine and the time I won the three-point shootout.

Do you plan to coach in the future?

I have no immediate plans. I want to pursue a career in business first. Maybe when I’m done with that…in 10 to 20 years, I will consider coaching. I want to coach high school or college teams because those are the formative years of an athlete—both in terms of skill and values formation. 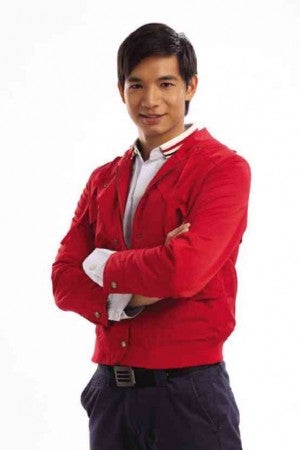 How does your wife Clarisse feel about your plan to retire?

She was sad when I told her I was considering retiring, primarily because she has developed friendships with the team members and their wives. But of course, she also knows how important basketball is to me.

What’s your message to your fans?

I was overwhelmed by the messages of support when this issue came out. It makes retiring a lot harder. I thought they have grown tired of me, but apparently there are still many people who want to see me play. I was surprised when they all came out on Twitter. I want to thank my supporters and the Rain or Shine fans for their unwavering support. It is because of them that I am motivated to give my best and find a deeper purpose in every game.

It has been six years since BB Gandanghari burst onto the local scene as a proud transgender woman.

When she heard of the Valkyrie incident concerning transgender Veejay Floresca, who was barred from the club, her interest was piqued. “This is a tricky issue…this is not about gender preference, but about gender sensitivity,” she pointed out. “This controversy teaches us to be more sensitive and more aware of other people’s rights.”

As for the landmark decision of the Supreme Court, allowing gay marriage in the United States? “I am for marriage equality,” she said. “I’ve seen gay couples who were together for 30 years, but when one of them got sick, the partner didn’t even have the legal right to visit him in the hospital.”

She hopes that the Philippines will follow suit. “We still have a long way to go. Is it because the Philippines is a predominantly Catholic country? But so is Ireland and it approved same-sex marriage,” she said. “At least, now we are talking about it. Sooner or later…change would come.”

In her own personal struggles, BB was fully aware that it was easier to give up, but she was no quitter. The hardships only affirmed her decision to face the world head-on.

Career-wise, she is cooking up solo projects with Beehive Idea Garage Co. (Those interested in tapping BB for projects can e-mail [email protected].)

To prepare for this new chapter in her life and career, BB has been expanding her repertoire of talents. “I studied arnis, kickboxing, aerial yoga, ballet,” she said. “I even took up motorcycle riding.”

Will BB reinvent herself as an action queen?

The world will surely benefit from BB’s story of integrity, authenticity, discipline and perseverance. Other young transgenders will surely learn a lot from her story.

TV or not TV

From July to October, Cignal TV offers a more rewarding viewing experience for only P1,600 upon installation, applicable to all Postpaid HD Lite plans from Plan 290 to Plan 1,590.

For the Postpaid Plan 490 (only P490), there’s NBA Premium HD, 50 SD channels and 12 HD channels, including Fox Movies Premium HD and Disney XD HD, among others.

TV or not TV? That is the question. Cignal is the answer! (Visit www.cignal.tv.)