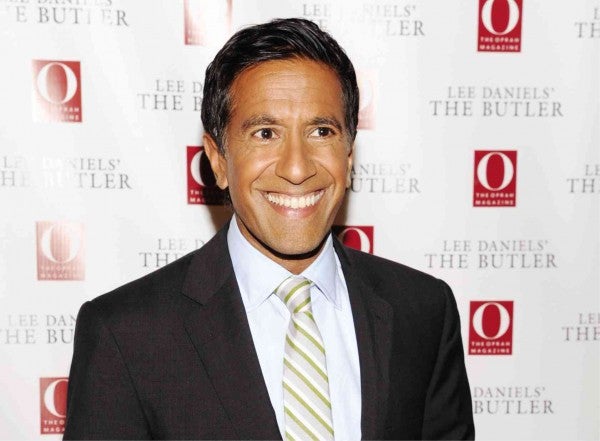 SANJAY Gupta has been criticized for going the easy-breezy way. AP

TV program formats come and go in terms of popularity. This season, a relatively new development is the entry of a series of shows that inveigle viewers to watch by playing mind games on them!

It’s a very broad mix of medical and neurological science combined with the latest findings and innovations in the field of psychology, both normal and “abnormal.”

Quite often, the new shows radically distill and dilute tantalizing trivia about “mind power” from many scholarly sources, made popular, accessible and readily comprehensible to laymen by way of bite-sized “tips” on how people can get anything they want by knowing how to creatively manipulate mental and psychological preference to their best advantage.

For instance, we recently caught a telecast that promised to speedily teach viewers how to play around with colors to get a desired emotional or psychological effect on viewers. Quite unsurprisingly, the color red was most potent in this regard, to the extent of “proving” that red lipstick could add significantly to a woman’s sex appeal.

Another program sought to empower viewers to succeed in competition with others by sending out the “right” psychological signals. A third show focused on qualities of leadership that viewers could develop to more speedily go from office functionary to manager.

Viewers love these handy tips, because they’re spared from the chore of having to plow through voluminous research material—with the shows doing the choosing and picking for them!

Of course, the more thoughtful viewer would realize that this “tidbits,” “tips” and “trivia” orientation can be—too good to be true! So, a word to the viewer who goes for facile short cuts:

Thinking small can result in excessive watering-down of insights and principles that used to take a lifetime to arrive at and affirm. They may have originally been valid, but are less potent when simplified to the point of fast-food expediency and knee-jerk “effectivity.”

Besides, if a psychological advantage known to only a few people in the past is put on a popular TV show, that means everybody is now clued in about it, so its unique, “exclusive” advantage has effectively been— canceled out!

That’s the problem with the “tips and tidbits” mentality that increasingly pervades the world of television. Even the “legit” medical show, “The Doctors,” is sometimes found to be guilty of this as well, despite its best intentions not to go the quickie, flashy way of TV.

Most recently, even the TV medical guru, Sanjay Gupta, has also been criticized for going the easy-breezy way, as well as being too quick to endorse new medical finds or innovations that have later turned out to be less than completely medically acceptable and “provable.”

So, when it comes to medical and psychological mind games that some TV programs and producer-hosts play, the enlightened viewer is advised to look before he leaps—and laps it up!