Readers weigh in on contentious issues 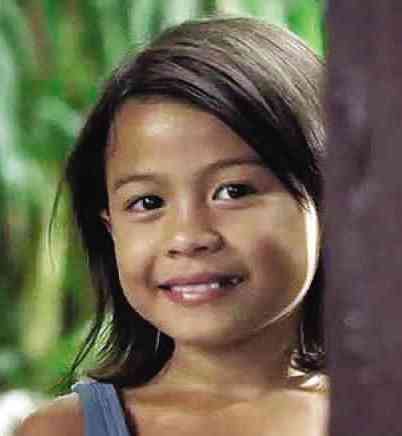 GAIRANOD. Time to shape up.

Many readers agree with us that Nyoy Volante turned in the best impersonation at the recent “Your Face Sounds Familiar” finals. But, some beg to disagree that, on “The Voice Kids” last year, winner Lyca Gairanod was the best performer. They point out that second-placer Darren Espanto has made bigger waves both here and abroad since that competition.

We still believe that Lyca was the legitimate winner, but agree that Darren has since had more shows and exposure. This isn’t Lyca’s “fault,” but that of her handlers, who haven’t been as creative and hardworking as Darren’s.

Well, there’s still time for them to shape up, so that Lyca can truly come into her own as the show biz scene’s new Nora Aunor.

On “The Rich Man’s Daughter,” readers’ reactions aren’t very encouraging—they approve of the series’ “consciousness-expanding” intentions, not their actual achievement. There’s too much artful “hinting,” instead of felt and believable depiction of lesbian relationships.

Incidentally, a member of the series’ stellar cast recently reached out to ask how the show could do better. We opined that the series’ time slot was a problem, since it was too early for the program to more nitty-grittily vivify lesbian issues, since many children were still up and watching. If the series were telecast after 10:30 p.m., it could be another story.

In addition, the series’ cast members should be more forthright and credible in their depictions. Even “straight” actresses can believably play lesbians if they creatively empathize with their raging conflicts and needs.

In terms of plot progression, “Rich Man” took an explosive turn recently when Rhian Ramos’ father played by Al Tantay, announced at a public gathering that he was giving a hundred million pesos(!) to any man who could make her want to feel like and be a woman again!

Naturally, Rhian’s character was outraged and insulted—but some onlookers were very impressed that Tantay’s character was ready to pay so much for his daughter’s return to heterosexual status again!