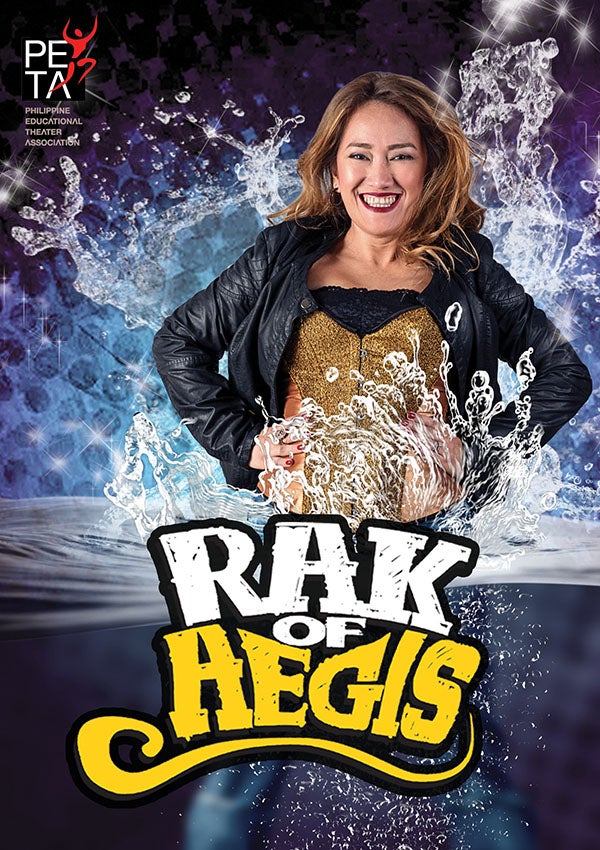 No stranger to the stage, Sweet Plantado-Tiongson of the premier vocal group, The Company, joins the Barangay Venizia of the Philippine Educational Theater Association’s (Peta) “Rak of Aegis” as Kapitana Mary Jane. Having been immersed in the performing arts industry for 22 years, she fits right in with the talented cast of “Rak of Aegis.”

Known for her resonating vocals and commanding stage presence, Sweet has proven to be an ultimate performer having worked on and off stage for a number of prestigious theater companies such as Trumpets Playshop & Musicademy, 9Works Theatricals and Tanghalang Pilipino where she started her theatrical career.

Aside from her impressive acting and musical theater credits, Sweet is also a revered voice coach and musical theater teacher having passed on her skills to the students of the University of Asia and the Pacific and currently, the Meridian International College in McKinley.

Sweet has kept the ball rolling career-wise since 2013 as she kicked it off with a role as the Wicked Stepmom in Cinderella the Musical at the Newport Performing Arts Theater where she received rave reviews.

In the same year, she was nominated at the 2013 Gawad Buhay as the Best Musical Director for her notable work in 9Works Theatrical’s “Grease”. Continuing her winning musical streak, she nabbed the award for the Best Ensemble Performance and Best Children’s Musical for Trumpets’ the “Blue Bird of Happiness.”

In 2014, she took on the job of musical director for 9Works Theatricals’ “La Cage Aux Folles”, which received positive reviews from several critics.

For 2015, Sweet gears up for another adventure as she takes on the role of Kapitana Mary Jane of the beloved Brgy. Venizia in Peta’s “Rak of Aegis”. Having watched it twice, Sweet is a self-proclaimed fan of the production.

“Nakita ko talaga ang sarili ko sa production”, she adds when asked about her first “Rak” experience. She says that she has waited for the opportunity of being part of the Rak family since the beginning. When she had gotten the call to audition, she was ecstatic about taking on the challenge.

Originally aspiring for the role of Mercy (Aileen’s mother), Sweet was surprised that she had managed to grab the role of the strong Kapitana. “I feel like MJ’s voice should be bigger and alto, and I’m a soprano,” Sweet articulates when asked about the challenges of the role.

She continues that although she perceives this as a challenge, she remains positive as she trusts in the process of Director Maribel Legarda, and the entire cast.

Sweet is really optimistic that she will be able to put in a different twist to the character of Mary Jane. She is currently enjoying her rehearsals with the Rak family saying that it feels that they have been working together already for the longest time.

Aside from theater, Sweet has also just recently celebrated the 30th anniversary of top vocal ensemble, The Company, last June 13 at the Solaire Theater.

“Rak of Aegis” runs from June 17 to August 16 from Tuesdays to Sundays at the Peta Theater Center.

Flooded with requests for a rerun, ‘Rak of Aegis’ aims for 200th show