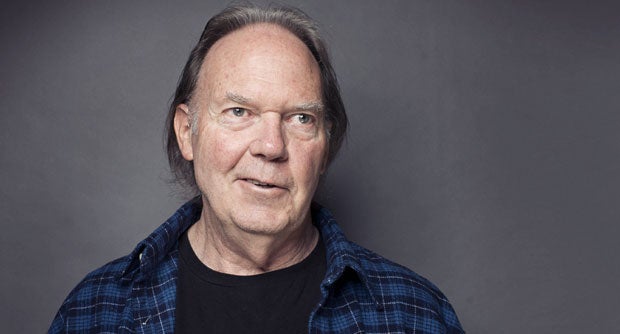 NEW YORK–Donald Trump has landed himself in hot water with Neil Young after the singer-songwriter accused the White House hopeful of not having permission to use his hit “Rockin’ In The Free World.”

Earlier Tuesday, the property tycoon threw his hat into the ring for the 2016 US presidential race, striding onto stage after sailing down an escalator to the strains of Young’s 1989 hit.

But that appeared to have upset Young, who hours later released a statement saying: “Donald Trump was not authorized to use ‘Rockin’ In The Free World’ in his presidential candidacy announcement.

“Neil Young, a Canadian citizen, is a supporter of Bernie Sanders for president of the United States of America.”

Senator Sanders is challenging Hillary Clinton for the Democratic nomination; Trump identifies as a Republican and has supported Republican candidates in the past.

Young is known for his left-wing politics, especially environmental activism.