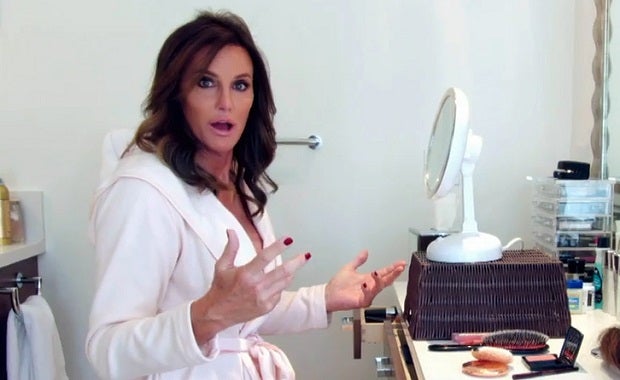 This 2015 image provided by courtesy of E! shows Caitlyn Jenner in the first official promotional trailer for the new documentary series, “I Am Cait,” in Southern California. The show premieres Sunday, July 26, 2015, at 9 p.m. PDT on E! AP

Applications, affidavits, a background check, a possible court appearance and even a trip to the dreaded Department of Motor Vehicles with some decidedly less artful photography are in store for Jenner.

The paperwork that will formally transition Bruce Jenner into Caitlyn Jenner is considerably less glossy and aromatic than the pages of the celebrity magazine that heralded her new identity on Monday, setting a Twitter record and sparking renewed discussion of her transition.

Establishing her changed life officially will involve getting new identity documents, such as a driver’s license, birth certificate and Social Security card, as well as changing bank and financial records.

Jenner, who won a gold medal in the 1976 Olympics in the decathlon and is familiar to a younger generation as the patriarch on “Keeping Up With the Kardashians,” will have plenty of help navigating the maze of paperwork. But some things she’ll have to do on her own.

“We all have to go to DMV whether we like it or not,” said Jeffrey Erdman, a Los Angeles attorney who has handled numerous gender change petitions.

It can take months to get a court to approve a name and gender change application, time that can leave a person in an emotional limbo after already taking difficult steps to transition into a new identity. “They’ve made this transition and are ready to live this life,” said Erdman, a civil attorney whose firm started handling gender change cases 10 years ago because of a lack of lawyers handling them in the Los Angeles area.

A lawyer can assist with obtaining the court order changing a person’s name and gender, but securing a new driver’s license, birth certificate, Social Security card and other documents generally falls to the individual. Some of the changes can be done by mail, but Jenner can’t escape the wait to get a new driver’s license.

Jenner will likely receive help from experienced attorneys, just as Chaz Bono did in 2009 when he transitioned from being Chastity Bono, the daughter of Sonny Bono and Cher.

Some of the steps Jenner will take are expected to be an element of a series documenting Jenner’s transition, “I Am Cait,” which will premiere on E! Entertainment Television in July.

Los Angeles County, where Jenner lives, requires people changing their names to submit a background check. In 2011, the check briefly delayed NBA player Ron Artest’s petition to change his name to Metta World Peace until he resolved several outstanding traffic citations. The citations had turned into warrants, but the name change was approved three weeks later.

Jenner was involved in a fatal traffic collision earlier this year that remains under investigation by sheriff’s officials, but that is unlikely to impact his court petition when it is filed. The background check focuses on cases that have been adjudicated by a court, and the traffic case has not been presented to prosecutors for review.

Jenner, 65, will also have to submit declarations from a physician as part of the court process and in order to obtain a new driver’s license.

In all, it can take seven or eight separate forms to successfully change one’s name and gender in Los Angeles, said Sasha Buchert, an attorney with the San Francisco-based Transgender Law Center.

The paperwork, and fees to file it and obtain the background check, can be a major barrier for transgender people obtaining updated identity documents. Transgender people going through the process sometimes face harassment at courthouses and government offices, which creates another obstacle, Buchert said.

Yet proper identity documents impact whether a person can open a bank account, get a job and even get a gym membership, she said.

The Transgender Law Center has an online guide to help people navigate the process, as well as a telephone helpline. “I want people to understand there are resources,” she said.

“It’s a world of difference to have representation to figure out the process,” Buchert said. “It’s night and day.”

Buchert knows. She is transgender and had to navigate the process herself.

“It really was an eye-opening experience to completely understand how complicated and expensive it is,” Buchert said. “It made me really understand how difficult it can be for so many members of our community.”