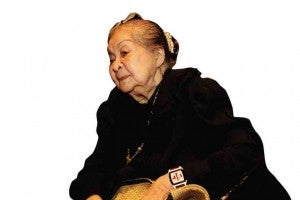 NATY Crame-Rogers relied on intuition as a movie actress.

I was afraid of not being able to meet the standards of what I thought was movie acting,” said theater actress Naty Crame- Rogers, who played one of the lead characters in the 1965 film “A Portrait of the Artist as Filipino.”

The restored version of the film, directed by the late National Artist for Theater and Film Lamberto V. Avellana, had its premiere at the Cultural Center of the Philippines (CCP) recently. 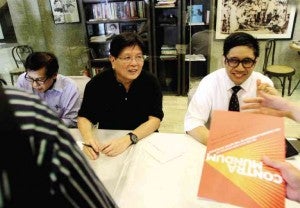 MIKE de Leon cofinanced the restoration of film produced by his late father.

Rogers, the only surviving cast member, was one of the event’s guests of honor. “I have never taken any lessons in movie acting. My training was stage acting at the Stanford University,” admitted Rogers, now 93. “I decided that I would just act intuitively.”

Rogers then asked the small group of fans and film buffs who gathered around her: “How do you find the movie?”

Actor and director Ricky Davao was quick to respond: “I was reduced to tears. Others were even sobbing.”

Based on a play of the same title by the late National Artist for Literature Nick Joaquin, the film explores the many aspects of 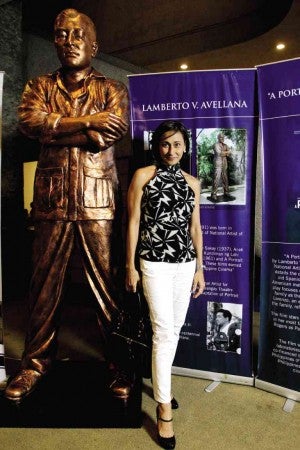 Philippine society by telling the story of the Marasigan sisters, Candida (National Artist for Theater Daisy Hontiveros-Avellana) and Paula (Rogers).

Rogers recalled: “There were a lot of disputes in 1965 because Nick was not keen on turning his play into a movie, but we found the right setting [an old house in Biñan].

Sadly, the house no longer exists today. Rogers explained: “[The owners] sold it and turned it to a gasoline station.” 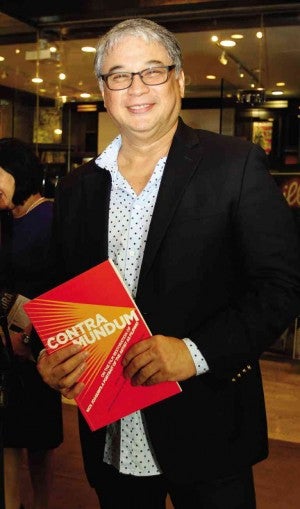 The screening coincided with the launch of the commemorative book by Angelo Lacuesta titled “Contra Mundum,” which features photographs selected by De Leon and Cesar Hernando.

The FDCP recently finished restoring another film by National Artist Brocka, “Insiang,” which will premiere at the Cannes International Film Festival this month.

“Insiang,” which features Hilda Koronel, was first shown at Cannes in 1978.

“Despite meager resources, we have proven that the cause of film preservation… can prevail and succeed,” said FDCP Chair Briccio Santos.

For Santos, the timing of the restoration of “A Portrait of the Artist as Filipino” couldn’t be more appropriate, as the birth centennial celebrations 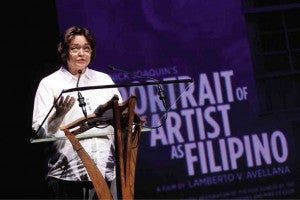 of director Avellana and producer De Leon began this year. The film is also celebrating its 50th anniversary.

Also present during the event were Emily Abrera, chair of the CCP board of trustees; Eugenio Villareal Jr., chair of the Movie and Television Review and Classification Board; filmmakers Laurice Guillen, Joey Romero and Clodualdo del Mundo Jr.; and actors Cherie Gil, Shamaine Centenera-Buencamino, Noel Trinidad, Nonie Buencamino and Raquel Villavicencio, among others.