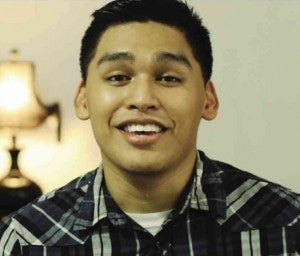 JOSHUA Ortiz says the triumph was an affirmation that filmmaking is his destiny.

A day before the deadline for the HBO reality show “Project Greenlight,” Ortiz’s external hard drive and laptop crashed.

“I was devastated,” he recalled. “I lost 60 percent of the footage. I almost quit.”

Fortunately, the film’s message echoed in his mind.

The short film, which runs two minutes and 54 seconds, exhorts youngsters to never give up on their dreams.

“I knew that I needed to finish the film,” he said. “I called my friends and said we needed to reshoot some scenes and get it done in a few hours.”

Overall, it was a “stressful” shoot, he admitted.

First things first: He had no clue where to get the film’s measly budget of US$30. “I shot it with only a Canon T3i DSLR. We didn’t have professional equipment,” he said. “It took me two weeks to write, shoot and edit such a short film.”

Ortiz, who is based in Orlando, Florida, relied on a tight-knit cast and crew consisting of family and friends. Two of the main actors are his siblings (sister Monica, a golfer, and brother Joel, an ice skater). They are also the main reasons that he made the film.

“I initially wrote the story to inspire myself and my two siblings,” he said. “We live in a society where there is so much focus on success, we forget that failure is an important part of the journey as well. My family and best friend Steph constantly remind me to stay positive. They push me to keep chasing my dreams.”

He had no plans of joining a contest. But “Project Greenlight,” a filmmaking competition spearheaded by Oscar winners Matt Damon and Ben Affleck, came at the right time, just when Ortiz found himself at the crossroads.

“I have been into filmmaking since 2009,” he related. “I thought it couldn’t be more than just a hobby. After years of making videos, I started wondering if I had made the right decision.”

Winning Most Unique Short Film for “Listen” in “Project Greenlight” came like a bolt of lightning. “It felt like an affirmation… that filmmaking is my true passion and it’s okay to pursue it.”

Although Ortiz didn’t get to meet Damon and Affleck, he remains upbeat. “Hopefully, one day I will.”

His mission at this point is to share the film’s message “with as many people as possible.” 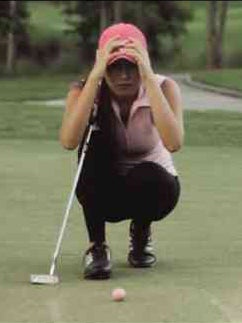 The film is on YouTube, and has generated 83,685 views so far. “It got the most number of views among the thousands of entries in

‘Project Greenlight.’ It is not long enough for most film festivals … but I hope to play it at high-school assemblies, to inspire more kids.”

“Project Greenlight” has called Ortiz again “for a possible collaboration.”

Ortiz is currently working on a docu on athlete Bob Beamon and a feature film script on inspirational speaker Janet Perez Eckles. “She lost her sight, her husband abandoned her and her son was murdered. But she overcame the odds and became Florida’s first blind female court interpreter. She also has a cooking show on YouTube.”

Ortiz, who set up the vacation videography company tripcinema.com, also wishes to make mini-documentaries on homeless families and perhaps a feature film set in the Philippines.

“Being Filipino-American allows me to understand both cultures and learn from them,” he explained. “I lived in the Philippines for several years. Filipinos are some of the hardest working people in the world. I want to showcase that exceptional trait in my films.”