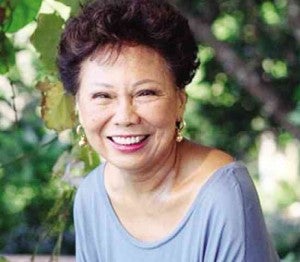 CALO-MEDINA. Did a lot to promote Filipino arts and travel.

Holy Week programming is supposed to be pious, pure and Simon-sober, but a morning show last April 1 turned out to be the “accidental” exception to the rule, featuring a gaffe that had viewers both groaning and giggling!

On second thought, that was A-OK, since April 1 is April Fools’ Day, so pranks and jokes—intentional or not—are grinningly welcome!

The unintended Holy Week booboo happened when the show featured Lenten presentations and staged an excerpt from a senakulo. To make the feature special, two of the show’s cohosts “dared” to act in it, dressing up as Pontius Pilate and his wife. They even bothered to memorize some dialogue—but, as subsequent developments showed, not well enough!

So, there was the actor who played Jesus, and Pontius Pilate was shown interacting with him with an appropriate air of cynical archness. Whereupon his wife told him to be more welcoming because (you know the biblical drill), she had just had a cautionary dream. So far, so predictable, right?

Then, the host-turned-actress, with all of the thespic gravitas she could summon up, spoke up: She addressed her husband, Pontius Pilate, “Piloto”—and that’s as far as she went, because her cohost reacted with surprise and alarm.

“What did you call me?,” he accusingly asked in Tagalog. “Piloto,” she said—and then, she realized the major “boob-tube booboo” moment that had just inadvertently transpired—and, her goose was officially cooked!

Of course, the gaffe broke everybody up, and the abashed host-turned-actress gamely owned up to her Big Mistake!

Pranks were the order of the day, as program hosts stepped out of their comfort zone and let their hair, wigs and extensions down. Nancy Grace even “dared” to diss a colleague and cast aspersions on her show’s weather reporter, who looked totally nonplussed! 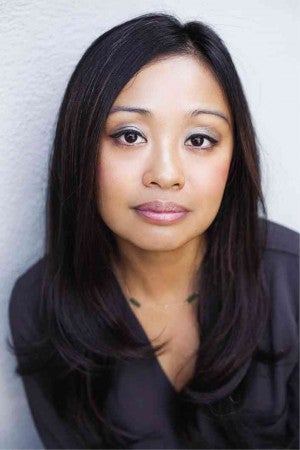 Another special feature was on a producer of complicated pranks, who shared video footage on one of his most famous capers, which gave a cash-strapped couple an all-expenses-paid wedding—plus $20,000 in cash! In so doing, he proved that pranks need not be silly and cruel, but can have a hugely inspirational and helpful effect.

Also memorable was one of the biggest and most expensive pranks ever staged, when Howie Mandel’s friends trashed his big mansion—by covering it with 4,000 rolls of—toilet paper!

On the local TV scene, however, people don’t want to “offend,” so we’ll just have to settle for accidentally funny moments—like last April 1’s “Piloto” booboo. (Pontius Pilate flying a plane? —That was really funny!)

Valerie J. Collins writes: “Something for us to be proud of: A Fil-Am filmmaker, Michele Josue, has made a documentary, ‘Matt Shepard is a Friend of Mine,’ that is making waves in the States. Shepard was a teenager who was killed some years ago in a hate crime—because he was gay.

“It incensed many and even prompted gender freedom advocates like Ellen Degeneres to speak out in grief and solidarity. The murder moved Josue, who was Shepard’s good friend, to shoot the documentary with home-video footage contributed by his family and other friends, to keep his memory and cause alive.”

Matt’s parents have also done their share by putting up a foundation that helps other gay youths combat violence, bullying and discrimination. Matt may be gone, but his story keeps getting told so others can learn from it, and gay youths can live in peace and understanding. Thanks, Michele.

From a peripatetic armchair traveler: “Like you, I felt sad when I heard of the untimely death of ‘Travel Time’ host, Susan Calo-Medina. She did so much to promote Filipino arts and travel, and her slogan, ‘Huwag maging dayuhan sa sariling bayan,’ reminds us to keep fighting off the temptations of colonial mentality.”

Susan’s admirers will be happy to know that “Travel Time” will continue to be produced and telecast even without her, with her personable and like-hearted cohost, Manu Sandejas, now in charge.

Incidentally, Manu’s talents have also been discovered by TV5, where he’s seen in several shows and acquits himself well as program or segment cohost.

When she was alive, Susan asked us what she could do to make “Travel Time” more dynamic, and to attract younger viewers—and our advice was for her to get a young male cohost who wasn’t just articulate but also a lover of travel—and very easy on the eyes. Well, Manu fits the bill in all aspects, so “Travel Time” is in good hands!

From Andrew Victor: “Why do TV dramas cast talents who are not right for their roles and what their characters are supposed to be good at? In the past, a TV drama cast Coco Martin as a singer, and he didn’t come up with a convincing musical performance.

“Now, the same thing is happening on ‘Forevermore,’ with Liza Soberano, who’s beautiful and a good actress, but is now supposed to be the lead singer of a rock band, and her singing isn’t strong enough. Casting has to be right and appropriate, or else the disparity will show.”

On TV news people’s gaffes: “Your note on newscasters who smile at inappropriate times was a good reminder, but worse mistakes are being made, like the veteran anchor who recently declared that trust in the peace process would not be restored for a hundred years! Newscasts shouldn’t make uncalled-for comments, because they’re supposed to be reporters and news readers, not commentators.”