EASTER IS the season of renewal, so some of today’s stars are optimistically launching new initiatives to keep their careers blazing brightly. On the comeback front, Sharon Cuneta has been generating the loudest buzz with her return to on-cam duties, initially by way of her judging stint on “Your Face Sounds Familiar.”

Her fans are happy, but are impatiently waiting for her to really lose a lot of weight, so she can topbill a big and significant TV/film project. Sharon says she’s lost more than 40 lb, but obviously has a lot more to slough off.

Internationally Zayn Malik’s abrupt decision to leave One Direction so he can resume life as “an ordinary 22-year-old” has shocked his fans, 50 thousand of whom have “defanned” themselves. 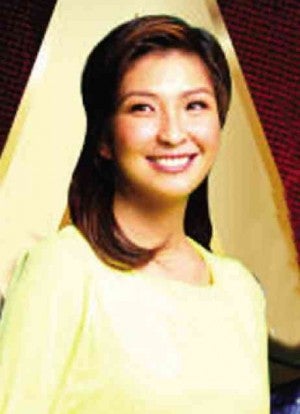 Some observers ask: If Zayn wants to distance himself from the stellar rat race, why did he release a solo song? —Or, could this be a case of the left hand not knowing what the right hand is doing?

Thinking more pragmatically, One Direction can survive Zayn’s departure without making major changes, because it has enough talents to step into the breach, and go around.

Speaking of newcomers, the big news at Viva is that its search for “the new Dorina Pineda” for the stage version of its hit musical film, “Bituing Walang Ningning,” has been most fruitful, with lovely Cebuana Monica Cuenco clinching the plum title role.

This is the kind of big break that can spawn major stellar careers, so Monica is a very lucky and plucky girl. She also has to be very focused and driven, and come up with a really standout portrayal, because expectations are that high—and the usual dissers and haters are just waiting to pounce on her, if her performance comes up short.

On the global music scene, Jay-Z has put up a new streaming service, Tidal, with 17 major stars signing on. The stellar list includes Rihanna, Madonna, Nikki Minaj and Jay-Z’s own “queen,” Beyoncé, so it wields major clout with music buffs.

Trouble is, other streaming services are in hot competition, and it isn’t clear if fans are prepared to pay as much as $20 a month to access the new service.

Musical artists certainly hope so, because Tidal places ownership of songs and music firmly back in the hands of their creators and interpreters, and will thus go a long way in empowering musical artists, who are currently being exploited by some competing streaming services.

From Julian B. Gillones: “I’m happy that more Asian movies will be shown in the new project of Viva and SM. I hope that their lineup will include Japanese movies, because they are the best in the region. It would be wonderful if local moviegoers could watch such excellent and relatively new movies like ‘Departures’ by Takita Yojiro and ‘The Taste of Tea by Katsuhito Ishiii.”

When it comes to classic Japanese films, we can cite “Ikiru,” “Yojimbo,” “Rashomon,” “Kagemusha” and “Throne of Blood.” Maybe SM-Viva can consider screening them, too?

And, what about the best movies from different parts of Asia? From China, film buffs cite Wong Kar-Wai’s “In the Mood for Love”; India’s “Mother India” by Mehboob Khan; Korea’s “The Host” by Boong Joo-ho; Thailand’s “Syndromes and a Century” by Apichatpong Weerasethakul; Vietnam’s “When the Tenth Month Comes” by Dang Nhat Minh; Taiwan’s “A Touch of Zen” by King Hu, and Iran’s “Gabbeh” by Makhmalbaf.

On our article on “medical” dramas, Valerie G. Suter adds these inputs: “A list of movies about patients and disabilities would be incomplete without ‘A Beautiful Mind,” in which Russell Crowe’s character was schizophrenic. In ‘Charly,’ Cliff Robertson played a retardate who was injected with an experimental drug that turned him into a genius. In ‘Children of A Lesser God,’ the deaf protagonist was portrayed by Marlee Matlin, who suffered from  a hearing disability in real life. And, in ‘The Elephant Man,’ Daniel Day-Lewis had the most challenging acting assignment of all, playing a man who  had proteus syndrome—an extremely disfiguring condition.”

The fact that they’re both show biz stars’ progeny affirms the general view that talent and stellar charisma can sometimes be attributed to—genetics!