The TV industry has become so competitive of late that new programs are being launched every week—with varying degrees of quality.

This past month, one of the more genuinely diverting new comedy shows is GMA’s “Sabado Badoo,” hosted by Sef Cadayona and Betong Sumaya.

At first blush, the 30-minute program appears to be just another compilation of unusual or quirky video footage or TV-film outtakes. Since those shows are so easy and cheap to whip up, we’ve had too many of them of late.

But, “Sabado Badoo’s” edge is its knack for coming up with truly funny compilations of video footage, edited together for their intentional or unintended humor.

On its very first telecast, the show scored a hit with its compilation of glass-breaking and water-glass-hurling scenes from TV and film melodramas.

Since the scenes were outrageously over-the-top to begin with, viewing 10 or more of them in a briskly edited row was even more of a hoot! 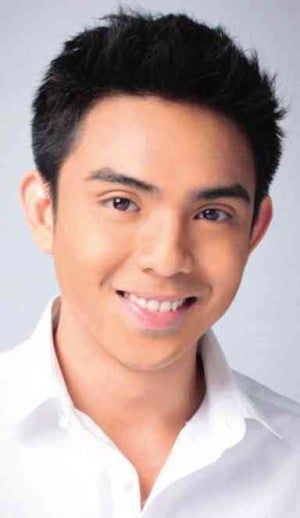 Last Saturday, the program scored another success with its montage of dancer-lifting moments from TV dance shows, including the “iconic” terpsichorean showcases of Vilma Santos and Alma Moreno.

Their star value and nostalgic factors added to their comedic appeal, and a jolly, good time was had by all!

Another new program that should be cited is a spinoff of the popular fashion design tilt, “Project Runway,” which focuses on precocious tween and teen designers. Titled “Threads,” we caught the show last week on ETC, and found it uniquely viewable, because its three young contenders were truly, precociously talented designers.

They may have been young, but they all had their own style and “vision,” fledgling and sometimes tentative though they may still be.

The first week’s winner was 15-year-old Zachary who bowled the tilt’s resident jurors over with his intricate rendition of a daring bustier.

The two other contenders were female teenagers, and they also served notice that they weren’t about to settle for runner-up status—just yet!

At first, Martin’s character fended off Mark’s sensuous advances, in dutiful deference to his mother’s feelings. But, when she had to go out of town for a few days, he finally capitulated—to his huge regret.

His mother found out, he was kicked out of the house, and Mark was “forgiven,” so Martin was left holding the bag. He sadly accepted his fate, but things took a decidedly darker turn when he found out that Mark was planning to rob his mother, and perhaps even inflict injury on her, if she resisted.

Summoning up all of the courage in his once timorous and “girly” heart, Martin confronted Mark, and a struggle ensued that ended with his and his mother’s “shared” lover being jailed.

Mylene realized that her “rejected” son had saved her from a terrible fate, and they resumed their life as a “nuclear” family, with no more “shared attachments” involved!

After watching the premiere episode, we understood why the anthology series had chosen this particular real-life drama for its first telecast.

Trouble is, aside from its straightforward storytelling of lurid events, the drama didn’t offer much in terms of telling insights into its characters and their “twisted” relationships.

In other words, why was the story being told, and what did viewers gain from watching the steamy drama? To be sure, the three leads were proficient players, but we still missed the telling and “teaching” surge that instructive insights into human nature provide.

As for program host Carla, she came across as sexier and sultrier than usual, but was given little to do in the program.

To do better therefore, she should move up from simple narrator to occasional participant in its anthology dramas, so the show can benefit from her now well-honed thespic chops.