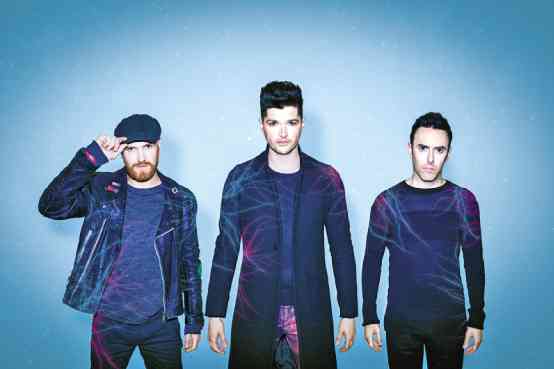 One of the things that stood out to The Script guitarist Mark Sheehan during the Irish band’s concert in the Philippines two years ago was how “incredibly passionate” the audience was about music. Filipinos, he said, may just be the most “in tune” fans he has ever played for.

“I don’t think the rest of the world knows that pretty much everyone in the Philippines can sing. Everywhere we went, we kept experiencing all these wonderful singers,” Sheehan told the Inquirer in a phone interview. “You guys come to concerts to really enjoy yourselves and sing your hearts out.”

“That’s what our music is about,” added Sheehan, whose band mates are drummer Glen Power and lead vocalist Danny O’Donoghue—who was a coach-mentor for the first two seasons of “The Voice UK.”

The pop-rock group is looking forward to the same enthusiastic reception when it takes the stage in Manila for the third time April 17 at SM Mall of Asia Arena.

This time around, The Script is coming in armed with new material from its fourth and latest record, “No Sound Without Silence” (distributed by Ivory Records), which spawned the hits “Man on a Wire” and “No Good in Goodbye.”

The carrier single is the catchy and uplifting “Superheroes,” a tribute to young people around the world who must face—and overcome—all sorts of struggles every day.

“Now that we’ve released a couple of records, more young people are starting to come to us to say that we get them,” Sheehan said, adding that the band has likewise come to realize that a lot of children go through a great deal of trouble—whether it be from bullying or a debilitating disease.

“We felt that they deserved a song. To us they are superheroes; they fight and come out stronger,” Sheehan said. “It’s very important for us to do this song because we want them to know that we understand them.”

“The Script: Live in Manila” is mounted by Midas Promotions; call SM Tickets at 4702222.

It was great… we wanted to go somewhere we could make a difference just by playing our music, so we decided to visit Alexandra, a small township in Johannesburg, where a lot of people have yet to experience a concert. We set up a stage there and played music to see what would happen next.

People started coming out of their houses; everyone was dancing and hanging out with us. People were nice, warm and giving. It was exactly what we had hoped for… We’re so glad we brought our music there.

What’s the story behind the album title, “No Sound Without Silence”?

When we go on stage, we play for like 20,000 to 30,000 people; it’s noisy and loud, and it’s fun and energetic out there. Then you step into a studio on your own, with nothing but your guitar perhaps, and there’s the silence in which you make your music.

The title of the album is sort of the mantra with which we compare our songs. And as much as we are singing notes and lyrics, we also wanted to have equal amounts of contemplative space and silence between the notes and lyrics themselves.

You wrote most of the material while on the road. Did that help with the creative process?

It was a great thing because we got to channel the energy and fun we had on the road to our music… During the day, we would write songs, but we wouldn’t play certain parts of them until after shows to maximize all the adrenaline we get… It’s easier to record when you’ve just gotten off the stage, the singing of the crowd still ringing in your ears.

How did Danny’s stint on “The Voice UK” affect the band?

It was tough because he became busier. But we dealt with it and everything’s okay now. Danny being in the show helped people put a face on the band, and that’s a positive thing.

The funny thing was, although we’ve sold tons of records, many people don’t really know what we look like. Now we can’t go to a local bar without Danny getting mobbed! But we’re glad that he’s back to focus on the band, firing in all cylinders.

Are you still pressured to outdo your past works?

I would be lying if I said that we don’t care… The bigger you get, the more you want to sustain the momentum, just keep going. We love playing music and we don’t want it to be taken away from us … We’re an ambitious group, and we want that to come across in our music. We want to prove that we’re still an exciting band… We feel like we’re getting better and better.