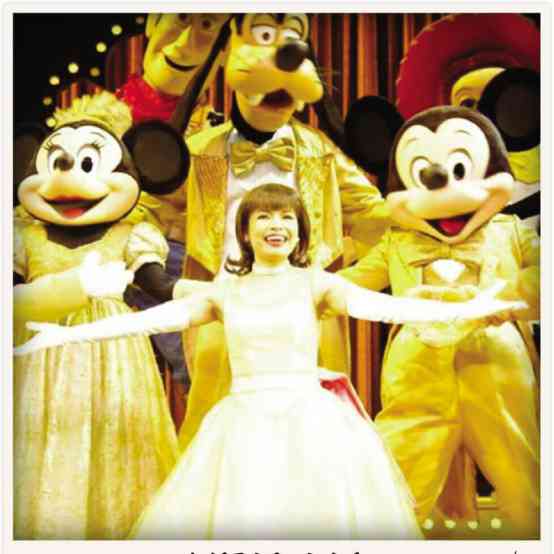 HONG KONG—Filipino singer Rochelle “Raki” Vega, who plays the lead character named Bebe in “The Golden Mickeys” show, said the role’s biggest challenge was having to speaking in Cantonese. “I’m always on my toes because I’m afraid to mispronounce words,” she told the Inquirer after a show.

“The Golden Mickeys” is a musical stage show presented in the style of an awards ceremony with characters from Disney films being nominated for honors. It was first performed on the Disney Cruise Line in 2003. It made its land debut here in Hong Kong in 2004 at Fantasyland’s Storybook Theater. The show is narrated in Cantonese, with Chinese and English subtitles, while the songs are in English.

“Another challenge is to deliver a fresh performance each time. On off-peak season days, we perform five times per day. During peak season, we do up to seven shows a day. The show has helped me improve as a performer in many ways,” Raki said over dinner at the Corner Stone Café inside the Disney Compound on Lantau Island.

“You also have to learn to take care of your body—you can’t get sick.”

Raki was the grand winner of the reality talent search “Ultimate Born Diva” in 2006. She played Ti Moune in the Philippine production of the Broadway musical “Once on This Island” in 2005. 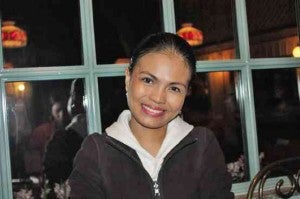 RAKI Vega says doing the Disney show daily has helped her improve as a performer in many ways.

The Cebuana songbird also recorded “Find Your Light,” which is the theme song of Hong Kong Disneyland’s year-long 10th anniversary celebration. Written by “The Golden Mickeys” musical director Ronnie Fortich, the song will be used as theme of TV5’s latest series on “Wattpad Presents,” titled “The Magic in You.”

Most scenes in the series, which airs on April 13, were shot inside the theme park. “Magic in You,” directed by Mac Alejandre, features Mark Neumann, Shaira Mae de la Cruz, Nicole Estrada and Yayo Aguila.

“As an employed artist, Disney also pulls me out to do special events like weddings at the Disneyland Hotel, as well as for events outside Hong Kong. I’ve just been to Jakarta and Manila to promote ‘Find Your Light,’” Raki said. The 34-year-old singer-actress will be featured in TV5’s magazine show “Happy Wife Happy Life,” as part of Disneyland’s tie-up with the network.

Raki recalled her Manila audition for “The Golden Mickeys” five years ago: “I had just gotten married. My husband and I honeymooned in Macau, and we went to Hong Kong to see the show. I loved it and wanted to be a part of it. I auditioned in Manila and got the call-back. My first role was that of Tarzan’s singer. Four months later, they offered me Bebe. It has been a great ride since.”

Raki is the first Cebuana to portray Bebe. Another Filipino, singer-actor Gian Magdangal, currently plays the character Captain Shang of “Mulan” in the show.

Raki shares a rented flat with her younger brother, who works as an architect here. “Living the life of an OFW (overseas Filipino worker) is quite simple. I have two days off. I enjoy doing the laundry; it’s my favorite chore. When my husband, who is based in Manila, pays me a visit, we play Dota 2 (online video game) or we explore Hong Kong. I hope to visit Lamma Island with my family.” 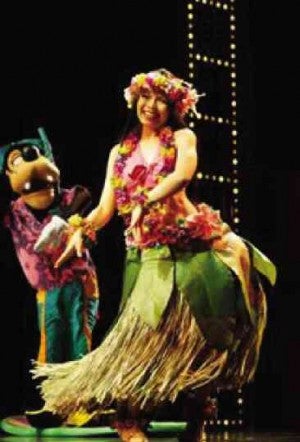 THE CEBUANA singer performs with popular Disney characters (left) and dances the hula as part of her numbers in Hong Kong Disneyland.

The singer said her priority is to build a family. “We want a baby. We tried for a whole year, and we’ll give it another try this year. Disney is very considerate. If you get pregnant within your contract, the management will let you do office work.”

She added: “Disney is a good employer. It [holds Filipinos in high regard], because we are known to always deliver and give more than what is expected of us. There are a lot of Filipino workers here. We try to help each other as much as we can. There are a number of ex-dance teachers here. They give us dance lessons for free. We all try to learn from each other.”

Asked if she believed Disneyland is, indeed, “the happiest place on earth,” Raki replied: “It’s a place where I can be myself, where I get to do what I love to do—to perform. I get to share the talent that God has given me. Also, I am able to help my family financially. Because of Disneyland, I can provide for them.”