Carla Abellana hopes Tom Rodriguez is ‘the one’ 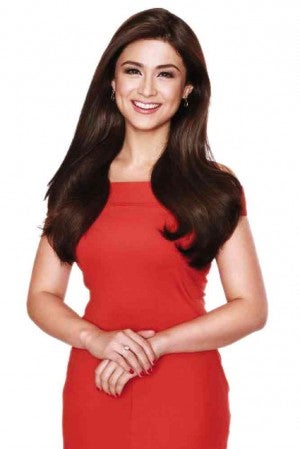 Carla Abellana hopes Tom Rodriguez is ‘the one’

Carla Abellana and Tom Rodriguez may be “officially dating” for less than a month, but when the GMA 7 star was asked if she saw her former “My Husband’s Lover” costar as “the one,” the answer was swift and sounded a touch optimistic.

“It’s very easy to see and imagine,” Carla told reporters shortly after her recent contract signing with GMA 7 (she inked a three-year deal). “Let’s hope so… and I’m praying.”

The 28-year-old loves the fact that she can let her hair down when she’s with Tom. “I feel relaxed. I laugh a lot when he’s around because he’s so makulit,” said Carla, who admitted that she’s not hard to please. “We just go out and eat, watch movies… We try to meet up when we don’t have work.”

She described Tom, whom she also worked with in the drama series “My Destiny,” as an “independent, kind and very simple” guy. She learns a lot from him, she said. “He’s well-read; he’s into science, music, art, books—he loves them all. It’s great,” she said. “More importantly, he’s responsible. You can see that he was raised well.”

But at the moment, Carla said, she would rather not put any labels on her blossoming romance with Tom. “Just so there’s no pressure or any expectations,” she pointed out.

Carla feels ready to start a new serious relationship, she said, because she has moved on from her nasty breakup last year with ex-boyfriend Geoff Eigenmann, thanks to her family’s support. “You can’t be in a relationship when you’re not confident or strong enough,” she said. “I’m whole again… and very happy.”

However, marriage is still not something that has crossed her mind. “We’ll see; only time will tell,” related Carla, who is part of the sitcom “Ismol Family.”

Carla is about to start work on a new soap and a project for GMA News TV. The fans have been clamoring for another show with Tom, but Carla said it would be good for her to work with other actors.

“I believe it’s part of my job as an actress…to get better and hone my craft,” she said.