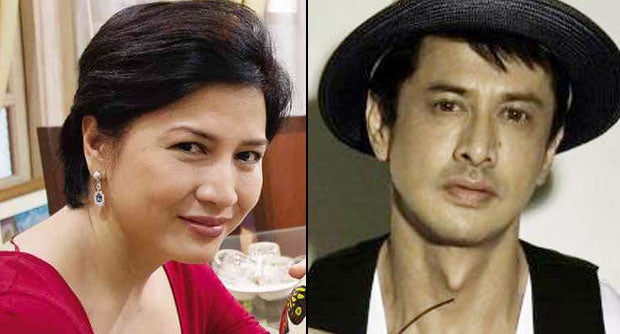 AFTER rejecting her apology over last Friday’s plane fracas, businessman Rey Pamaran has filed a slander complaint against actress Melissa Mendez on Wednesday.

On March 20, Mendez was offloaded from a Cebu Pacific flight from Manila to Pagadian City after allegedly slapping Pamaran over an argument on seat assignment.

Pamaran filed the case against Mendez before the Pasay City prosecutor’s office and asked for damages worth P3 million (P2 million for moral damages under the provisions of the Revised Penal Code, P500,000 for nominal damages, and another P500,000 for litigation costs).

“Mr. Pamaran is suing because of the humiliation that he received at the hands of Ms. Mendez while onboard CebPac,” said Atty. Raymond Fortun in a text message to INQUIRER.net.

“He was cursed at for more than 45 minutes, his hair pulled, his arm pinched and his right cheek hit in full view of more than 100 passengers, most of whom were from Pagadian and who personally knew him and/or his family,” he added.

According to Fortun, his client sued Mendez “because of the lies she made in an afternoon talk show that depicted him in a negative light.”

Mendez apologized to Pamaran on Tuesday, saying “this incident has caused a lot of pain and trouble to my family, as well as to the other party involved. I am owning up to my mistake.”

But Pamaran rejected her apology and decided to pursue the case.

“I was hoping for a more heartfelt reply, where she would not only apologize but also own up to the lies that she said on TV to defend herself while destroying my reputation,” Pamaran said in his Instagram post.

“However in the spirit of the coming Holy Week, I am giving Ms. Mendez one more chance to clear everything in detail, including all the lies that she said about the incident,” he said.

Pamaran also said he wanted Mendez to apologize on national television because “that is where she destroyed his name.”