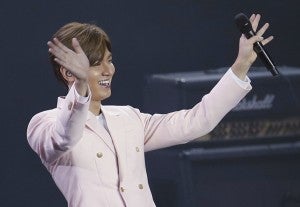 Actor Lee Min-ho and Suzy of K-pop group Miss A have been in a relationship for two months, a local entertainment news outlet reported Monday.

According to Dispatch, the outlet that broke the news, Lee and Suzy have been dating for some time and were caught on camera on a date in London on March 15.

At the time, Lee was in Paris on a shoot, while Suzy was in London.

After Lee completed his itinerary in France, he took a train to London.

After picking up the singer-actress in a rented Mercedes, they drove to a hotel in central London.
Even in London, the two wore scarves and other items of clothing to hide their identities, just as they had done in Seoul, Dispatch claimed.

According to the report, Lee and Suzy spent every day together since February 23 with the exception of those when Lee was abroad.

Lee and Suzy’s agencies have only said that they are checking the facts after reading the news reports.

Lee’s agency said that they are talking with Lee to verify the report, while Suzy’s JYP Entertainment said that an official statement will be made after confirming with the singer.