‘Blurred Lines’ has precedents from Beatles to Vanilla Ice 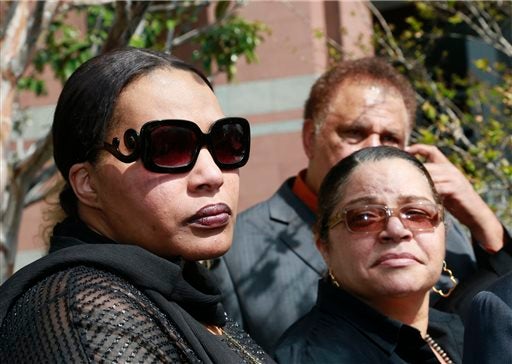 LOS ANGELES — A jury has determined that singers Robin Thicke and Pharrell Williams copied R&B legend Marvin Gaye’s “Got to Give it Up” with their 2013 megahit “Blurred Lines.” Thicke and Williams were ordered to pay Gaye’s children nearly $7.4 million. The decision could have an unprecedented effect on the industry, but it was only the latest in decades of cases that have taken pop songs from the recording studio to the courtroom over plagiarism allegations. Here are some highlights.

Ex-Beatle vs The Chiffons

Former Beatle George Harrison’s 1970 solo song “My Sweet Lord” had a melody heavy with echoes of “He’s So Fine,” the 1962 hit from The Chiffons. The copyright owner sued Harrison. A judge said that while the tunes were nearly identical, Harrison was guilty only of “subconscious plagiarism.” Harrison would eventually pay out $587,000.

Huey Lewis vs The Ghostbusters

Ray Parker Jr. ain’t afraid of no ghost, but he had to give in when Huey Lewis and the News came after him.

Parker’s “Ghostbusters,” from the movie of the same title, was among the top 10 songs of 1984. But Lewis sued him over the song’s resemblance to “I Want a New Drug,” a song released earlier the same year. Parker settled out of court for a confidential sum. 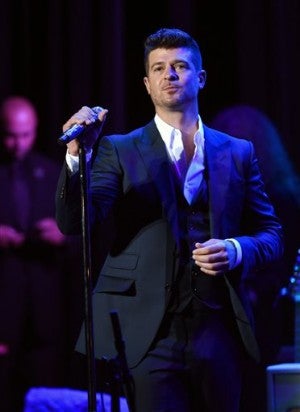 Vanilla Ice would settle out of court for an undisclosed amount in one of many cases that stemmed from hip-hop’s heavy use of sampling at the time.

In a case as bizarre as it was far-reaching, John Fogerty was accused of stealing from John Fogerty.

The Creedence Clearwater Revival frontman was sued for his 1985 solo song “The Old Man Down the Road” because his former label thought it sounded too much like the 1970 Fogerty-penned “Run Through the Jungle,” a song it owned the rights to.

A jury ruled in Fogerty’s favor, but a countersuit over attorneys’ fees would reach the US Supreme Court. And the fight would lead to a decades-long and ongoing rift among bandmates who took opposing sides.

Fogerty was still estranged from his brother and fellow CCR member Tom Fogerty over the issue when Tom died in 1990.

Not all plagiarism cases are so nasty. Tom Petty won a piece of British soulster Sam Smith’s hit “Stay With Me” earlier this year, and all he had to do was ask.

Petty’s publishers said that while it was clearly coincidental, the song’s melody bore a striking resemblance to Petty’s 1989 song “I Won’t Back Down.” Smith and his representatives agreed, and granted co-writing credit to Petty. The song would win Grammys for record of the year and song of the year the following month.