Ballesteros posted an amazing addition to his make-up transformation series as he turned into actress Cate Blanchett, who played Lady Tremaine in the upcoming live-action film Cinderella. 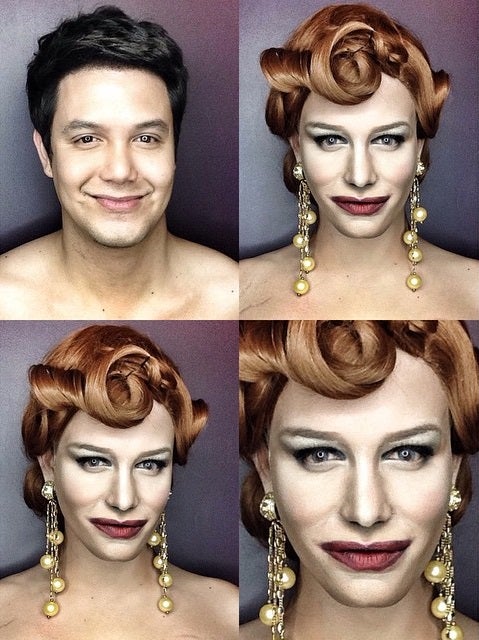 Ballesteros uploaded another shade of look two days ago, this time it was that of actress Dakota Johnson’s.

Netizens were stunned with Ballesteros’ transformation into Anastasia Steele of the hit movie “Fifty Shades of Grey,” which garnered 54,000 likes on Instagram.

One Instagram user “blessedkatiee” commented, “Lol omg I would have never guessed its a guy! Looks so much like a woman.” 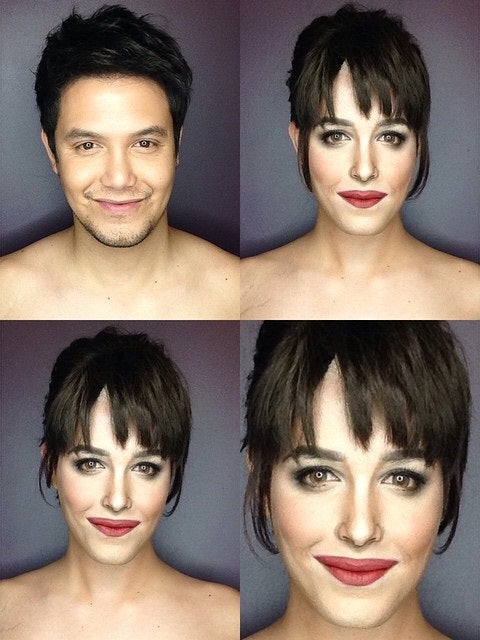 Ballesteros looked even brighter with a platinum hair, courtesy of Kim Kardashian.

The white-blonde hue of his mane was accentuated by Kardashian’s contoured cheeks, gorgeous inky eyes and steep nose line. His full lips also matched the color of his tress.

The photo, which was released on Sunday, has already scored more than 40,000 likes.

Ballesteros seemed to be getting a lot of more international attention as evidenced by the comments on his photos.

Last February, Ballesteros amazed everyone as he turned himself into Miss Universe 2014 fourth runner-up Kaci Fennell. The Jamaican beauty queen replied to him in surprise: “We have some competition lol @angeliespeno awesome job!!” 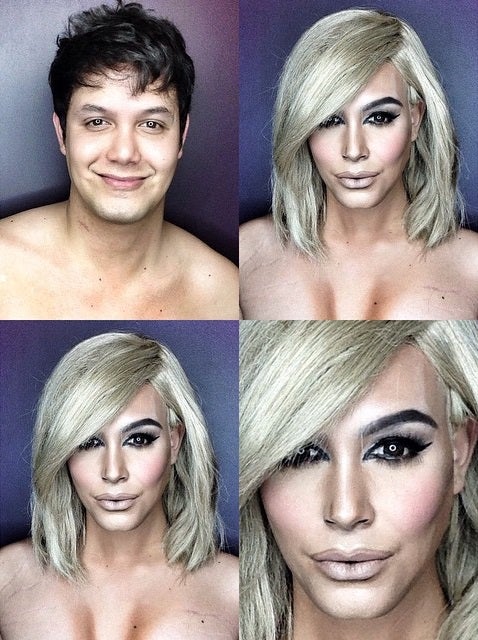 Tyra Banks on Paolo Ballesteros: he did a great job