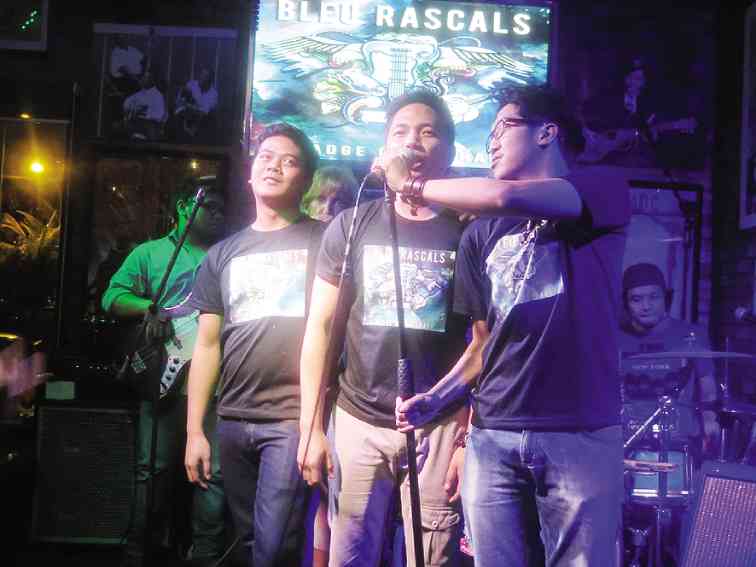 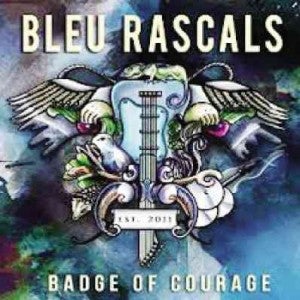 The Bleu Rascals celebrated the release of its eagerly-awaited first album with a concert that rocked a packed Roadhouse Manila Bay recently.

Its versions of the Janis Joplin screamer hits, “Ball ’n’ Chain” and “Piece of My Heart” brought the house down, with vocalist Hernandez displaying the same range and spunk that brought her band to the finals of the first Philippine Blues Competition in 2012.

The party came to a head when the Rascals next came on stage. Performing most of the stuff on their spanking new CD of all-originals, the celebrated trio simply owned the house, with the overflow crowd of locals and expats totally in the groove from start to finish. Everyone was hooked by the opening number, “Roller Coaster,” a well-crafted power drive with clever shifts and hefty fuzz-wahs erupting in just the right places.

“Brownman’s Blues” reeled everybody in for good, with all ears clinging to the statement piece’s very last apropos wah-wah, and people paid extra attention as well to the title track, “Badge of Courage,” Paul’s life story, so far, in words and music. Always a crowd favorite, the highly infectious “Why You Left Me Baby” had everyone’s feet tapping to the comfy vibe and responding to the song’s catchy refrain.

Everything on the set list was a hit, with the dozens of foreigners in the room equally appreciating the music of the locally versed “Doble Kara” and “Eskwela.” An exhilarated Paul was clearly enjoying the party himself and for the first time in his four-year career, the well-mannered young guitar wiz stopped mid-set and uncharacteristically asked for a brew. He got more than he asked for, as Manila’s famed “Crazy Norwegians” promptly gifted the band with a whole bottle of top-shelf scotch whiskey. After giving a final glimpse of Paul’s axe virtuosity on Hendrix’s “Red House” for good measure, the Rascals ended the show in high gear with the always-rabble-rousing “Johnny B. Goode.”

The Bleu Rascals is one of a few blues-based local musicians enjoying a good measure of success and popularity, with recognition of their talent extending beyond our shores. But even the young men were surprised with the huge turnout and CD sales. “We’re overjoyed,” Paul, Oliver and Jay told the Inquirer after the set. “We couldn’t believe so many people showed up. It’s a blessing and we’re so thankful to everyone who came to support us and who bought CDs,” Paul gushed with a twinkle in his eye.

“Badge of Courage” is available at Bleu Rascals gigs and can soon be purchased online.