Hugh Jackman: I was the anti-Billy Elliot story 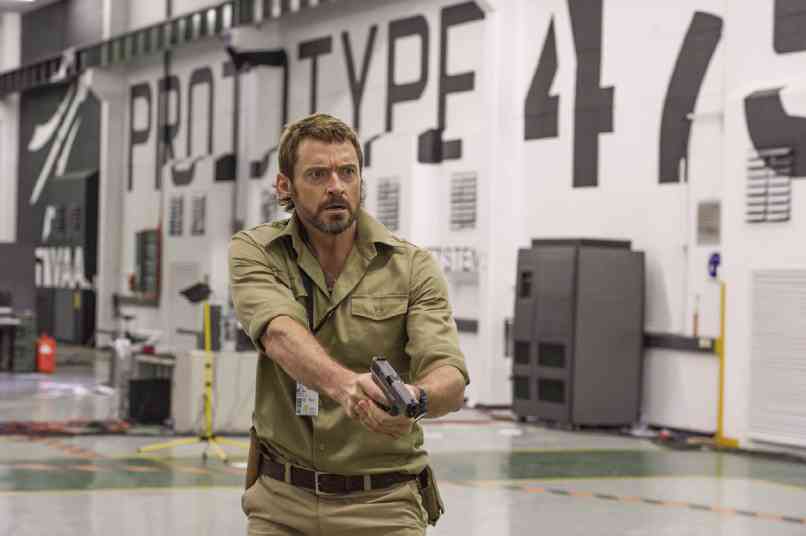 AUSSIE actor likes his latest role because, he says, “The villain wins all the fights except the last one.”

LOS ANGELES—“I don’t know when this project is going to happen but I did voice out a desire that, if I went back to my one-man show, I would put myself on the dance front because—I am not very proud of this—I was the anti-Billy Elliot story,” revealed Hugh Jackman in a recent interview. To make up for lost time, Hugh hopes to dance a lot in his next one-man show on Broadway.

Like Billy Elliot in the film that inspired a musical, Hugh wanted to dance as a kid.

The Australian actor recalled: “When I was younger, I suggested that I study dance. I remember going home and wanting to go dancing. I think I was 11 at the time. My dad was like, ‘Great!’ My brother overheard, and started saying, ‘Sissy!’ and stuff like that. So I didn’t do it until I was 18.”

“I would love to dedicate more time to dancing and see what could happen,” Hugh disclosed about his planned one-man show, his first since his hugely successful one in 2011. He just ended up starring in a dramatic play, “The River,” also on Broadway.

Hugh said of his collaborator for this next one-man show: “My choreographer and director is Warren Carlyle, who won the Tony Award last year for best choreography for ‘After Midnight.’ He’s amazing. He directed my one-man show (‘Back on Broadway’) on Broadway. We worked together in ‘Oklahoma.’ He was a dance director in 1998.”

In his new film, Neill Blomkamp’s action/sci-fi/thriller “Chappie,” Hugh is the villain, Vincent Moore, an engineer creating the next line of robotic weaponry. Vincent makes life difficult for Dev Patel’s Deon Wilson, an ace robotics scientist who came up with Chappie, the world’s first sentient robot.

The movie, which also stars Sharlto Copley and Sigourney Weaver, is set in Johannesburg, South Africa. It may be the not-too-distant future, but Hugh is sporting the short-in-front, long-in the-back men’s hairstyle that trended in the 1980s and ’90s.

“Business at the front, party in the back,” Hugh quipped when teased about his hairstyle in the movie. “That’s what they call it. I had a mullet in my first job ever, where I met my wife… so it was kind of working for me during filming. Neill is South African and he spent a lot of time there. And I am Australian. We sent Neill the images and we were just laughing on the phone. He sent one image of someone with those short shorts and the mullet, like, from the late ’80s or early ’90s. We were like, this is perfect.”

Asked how his wife, Deborra-Lee Furness, reacted to his “semi-mullet,” Hugh answered, “She laughed. But she always says that being married to me is fun, like having an affair every few months—something different [with each new character] spices it up a bit. She hated the mullet because I had to get my hair dyed too. You could tell my hair was dyed as well and it was peroxide. I had those tips. It was all bad. She found it so distasteful. She has a real problem with men who dye their hair. So that was tough.”

For Hugh, the hairstyle was symbolic of his antagonist character, who thinks he’s cool but is really not. Like David Brent, Ricky Gervais’ character in “The Office,” Hugh shared. “For me, Vincent is like Ricky Gervais’ character in ‘The Office.’ He thinks he’s the man. He thinks everyone loves him, but actually, no one even likes him. But no one has the guts to say anything. Right down to his haircut, he’s just wrong.”

Hugh said he “loved” working with the South African director of “District 9” and “Elysium.” “Neill is an amazing maverick of a filmmaker. When I watched ‘District 9,’ I was blown away. I am not even a big science-fiction fan but I find his films fun and thought-provoking. He’s very laid-back. He’s got strong opinions about what he wants to do but he’s open to your ideas. So in every way, it was great fun.”

On playing a villain this time around, Hugh said, “It took me a long time to work out that when you play a hero in a film, you get beaten up the entire movie and then you win in the last fight. The villain wins everything except the last fight. So it was much easier. I was easing out to pasture.”

Hugh made it sound easy switching from film sets to Broadway and back to movies, even as he juggles being a husband and father to their adopted children, Ava Eliot and Oscar Maximillian. 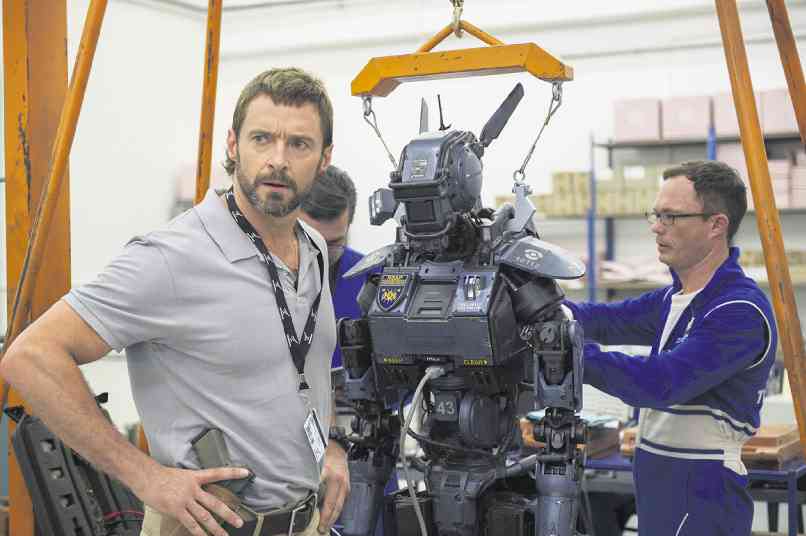 HUGH Jackman plays a villain with dyed hair in “Chappie.”

“We try to make the family a priority so we do whatever is needed,” he said. “I am not as busy as 99 percent of the working population out there. I do get periods of time off. I was just doing a play for four months. I went to work at 6:30 at night and I was home at 9 [laughs]. It’s not hellish. I love my job. It doesn’t ever feel like hard work to me. The hard thing is balancing—it always is. That’s the trick for most parents—balancing their lives.

“I remember Helena Bonham Carter’s mom (Elena Propper de Callejon), a famous psychiatrist, being on the set of ‘Les Mis’ and saying, ‘Listen, you guys worry too much about it. Just feed them and love them. It’s all you’ve got to do.’ So it’s something that occupies 90 percent of the conversations that Deb and I have about the kids—Are we doing the right thing?”

As if he were not busy enough, Hugh co-founded Laughing Man Coffee and Tea six years ago when he was inspired by an Ethiopian coffee farmer, Dukale. Profits from Hugh’s company and New York café selling coffee beans from developing nations are funneled back to support education and communities.

“People love the idea that all my profits go back to charity,” Hugh remarked. The coffee company, Keurig Green Mountain, recently bought Laughing Man and Tea. Hugh stressed that whatever he earns from the sale will still go back to funding worthy causes.

“You have good coffee and you are giving back,” Hugh said. “It’s win-win. I love that idea of social business and creating something that is organic, helping the farmers and being able to give back in every way.”

Asked how he’d like to be remembered, Hugh jested: “As the sexiest man alive. That was in 2008. Nothing has been better than that.” Then he added, “I am kidding. I haven’t really asked that question. But if I could be remembered as a good dad and husband, I would be happy.”