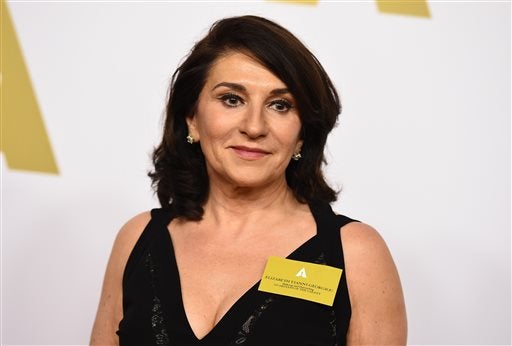 Elizabeth Yianni-Georgiou, together with David White, was nominated for an Oscar for makeup and hairstyling for the film, “Guardians of the Galaxy.” AP

LOS ANGELES — And you thought Hollywood’s award season was over.

A teenage tearjerker, a foul-mouthed coed comedy and a raucous space adventure featuring a talking tree lead the nominees for the 2015 MTV Movie Awards.

MTV announced Wednesday that “The Fault in Our Stars,” ”Neighbors” and “Guardians of the Galaxy” all have seven shots at winning a golden popcorn trophy at the annual awards ceremony airing live on April 12.

“22 Jump Street” and “Whiplash” followed with five nods each in a slate that includes movies as diverse as “American Sniper,” ”Gone Girl” and “The Hunger Games: Mockingjay — Part 1.”