We have our champ! | Inquirer Entertainment

We have our champ! 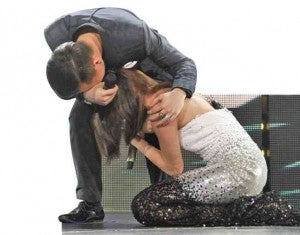 THE WINNER weeps with his coach, Sarah Geronimo, who fell to her knees when the results were announced. CONTRIBUTED PHOTOS/ABS-CBN PR DEPT./Ryan Ramos

Allow me to first congratulate our “The Voice of the Philippines” champion for Season 2, Jason Dy from Team Sarah! I am thrilled for you and for your career, which starts now. Cheers as well to the other three in the Top 4—Alisah, Leah, and Rence. The rest of your lives have now officially begun, and thinking about the future (yours) is incredibly exciting. Fasten your seatbelts, all of you!

The Season 2 finale was filled with so much excitement. There were four rounds of competition (two on Saturday, Feb. 28, and two more on Sunday, March 1).

After each of these rounds, voting lines were opened, giving everyone watching the chance to vote for their favorites.

The thing about these rounds was, it was anyone’s game until the end. After voting lines were closed for the fourth time, the Top 2 artists were announced, the votes reset back to zero, and one more round of competition took place.

The Top 2 took to the stage to sing one more song each, after which voting was reopened for a fifth and final time.

After those four rounds, the Top 4 beside their coaches (Apl took a long time to dress, so I kept Alisah’s hand warm until he arrived) stood, waiting for the names of the two that will continue to compete. First, Alisah’s name was called, and then, Jason’s.

Rence and Leah waved goodbye to the Resorts World crowd, along with Bamboo and myself. I headed backstage for a moment, hugging my now weeping writer Isa Reyes. “That’s okay,” I told her. “We have ‘The Voice Kids’ to look forward to.” 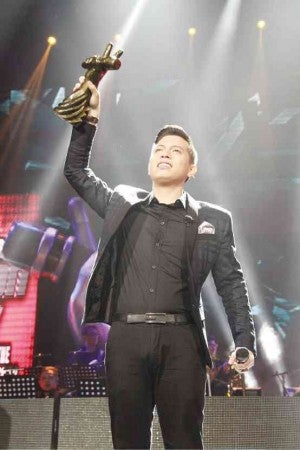 JASON Dy’s moment of triumph; it was anyone’s game till the very end.

Alisah and Jason proceeded to sing their final selections—“All By Myself” for Alisah and, for Jason, “Minsan Lang Kitang Iibigin.” While Jason sang, I thought to myself that he could very well release this as a single, whatever the results would be.

While the voting lines were open, Bamboo and I, back in our red chairs surveying the surroundings, were asked by hosts Toni Gonzaga and Luis Manzano who our bets were for the win. I chose Jason; Bamboo picked Alisah. Coach Sarah and Coach Apl then made their final appeals to the voting audience on behalf of their wards.

Finally, after the voting was closed, the moment of truth. Cory Vidanes, ABS-CBN channel head, prepared to announce the name of the winner.

Everyone inside the theater was anxious. Many hands were folded in prayer, heads bowed, eyes closed. The atmosphere was very intense. Finally, Tita Cory, in a loud and clear voice, said the winner’s name: “Jason!”

The entire theater erupted in applause.

Members of every team stood at the foot of the stairs watching as the life of this young man from Butuan started to change before our eyes. Many were in tears; others were screaming for joy. Jason had become their friend, more than a competitor. He had played the game with class, humor and kindness. 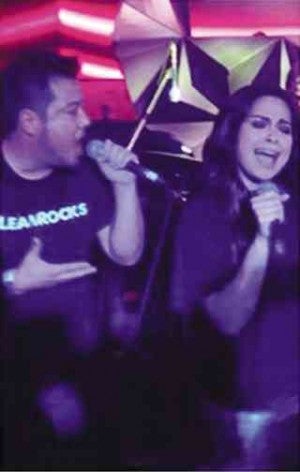 NINO Alejandro and the author (his coach) sing “High Enough” at the after-party. Facebook of Rony Fortich

Not long after the show came down, we all headed to a new club named Houze, at the basement of the Remington Hotel next door. A DJ was playing some great mixes as the partygoers arrived. I had my mother and Sheilla with me, plus a few good friends. Soon enough, the joint was full and jumping, and everyone was having a great time.

Nino Alejandro and his band provided the live entertainment for the after-party, and they did not disappoint. A lot of the artists, friends and staff rushed to the dance floor. Many “The Voice” artists got up to the front to jam with the band. All the coaches, at one point or another, jammed with the band, doing rock, pop, even rap.

Later on, Nikko Rivera, one of our musical directors, plus Mic Llave, a Team Lea artist, joined the jam. Brad Holmes got up to sing “You Give Love a Bad Name,” and Janice Javier nailed the vocals on “Where is the Love.” One of our senior writers, Garlic Garcia, got down with “Ice Ice Baby.”

Once Nino and his band were done, a DJ took over, which brought everyone up and on the floor to dance the rest of the night away.

The best takeaway for me was seeing Sarah Geronimo enjoying this victory for her team and for Jason, who himself jammed gamely with Sam Smith’s “Stay with Me,” his Blind Audition song.

Another season has come and gone, and yet another is on its way. Until that time of stress arrives, let us again celebrate one incredible season of “The Voice.”

You can bet that all the coaches will once again sharpen their claws for the competition yet to come.

There are many more voices waiting to be heard. Could yours be next? 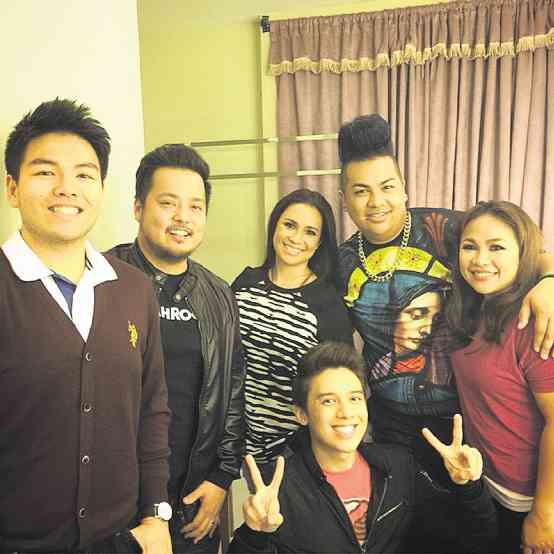 TAGS: “The Voice of the Philippines”, Jason Dy, The Voice, TV