Ice cream, reward for ‘The Voice’ 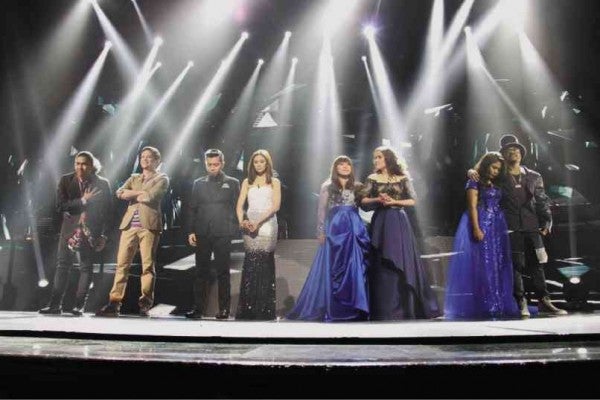 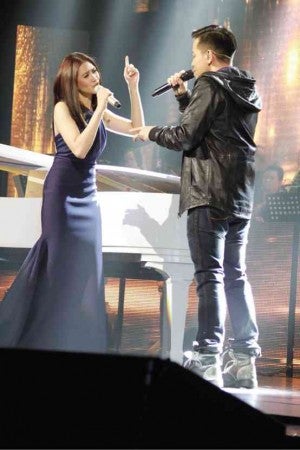 SARAH and Jason perform “If I Ain’t Got You” during the finale.

Now that the contest is over, “The Voice of the Philippines Season 2” grand winner Jason James Dy has his eye on yes, the P2-million cash prize, but also on a eating loads of ice cream.

“I have not eaten ice cream since the live performances started. Tonight, when I get home, I will have all the sweets I can eat,” Jason said on Sunday night, after he was proclaimed grand champion during the finale held at the Newport Performing Arts Theater of Resorts World Manila in Pasay City.

The 23-year-old from Butuan City said he hadn’t given much thought to his winnings, which also includes a trophy by Filipino artist Leeroy New, a house and lot worth P2 million, a business package worth P1 million, a P350,000 Asian tour package for two, a brand-new car, a P100,000 musical instrument package and a recording contract under MCA Universal.

“I will leave all that up to my mom,” Jason said. “No part of this has sunk in up till this point.”

Jason was teary-eyed when he spoke with reporters. “I really can’t believe it,” he said repeatedly. “I’m thankful to everyone who campaigned and voted for me, and believed I could do it, and to my coach (Sarah Geronimo). Now I know for sure that everything happens in God’s time. I’ve been waiting for this moment for years.”

He used to work as a haranista (serenader) and demo artist. His parents got separated in 2003, prompting his mom, Malou, to work in Singapore. Jason lives with his younger brother Jimmy in Manila.

It was a stiff competition between Jason and Alisah Bonaobra, 19, who was coached by apl.de.ap. Noted Sarah, who was very emotional about her ward’s victory: “Alisah is a great singer. But I was proven right: You don’t need a lung-busting performance to connect with the audience. More than reaching the high notes, giving a heartfelt performance is what’s important.”

Onstage, Sarah fell to her knees and wept when Jason was announced as winner.

She added, “Jason has a unique voice—unlike any other singer’s. He is world-class. He can perform alongside Beyoncé and Sam Smith and hold his own.”

Jason said he dedicated “Angels Brought Me Here,” one of the songs he sang during the finale, to his mentor. “Thanks for believing in me,” he told Sarah. 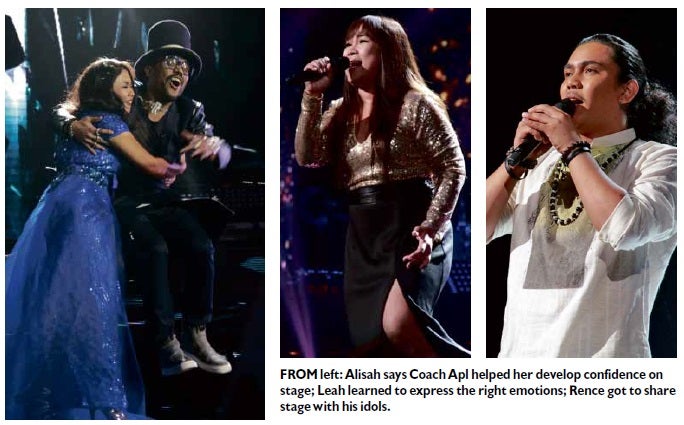 Jason’s mom said she’ll make sure her son gets enough rest and sleep now. “I just want him to stay home with us in the next few days. We missed him because his schedule was so hectic. We’ll let him enjoy his days off,” said Malou, who will soon fly back to Singapore to finish her contract.

Alisah considered singing with one of her idols, Dulce during the performance night on Saturday an achievement. She said her coach helped tremendously in developing her confidence on stage.

A street vendor in Paco, Manila, Alisah told the Inquirer minutes before the finale on Sunday, “Coach Apl also told me that it’s important to always strive to be the best version of yourself and show the world all that you’ve got.”

Leah Patricio, 35, said the very fact that she made it to the Top 4 was already an answered prayer. “Coach Lea (Salonga) advised me to be a fearless fighter on stage,” Leah recalled. “She said I should effectively convey the right emotions while singing a particular song.”

Finalist Rence Rapanot, 22, a computer technician from Laguna, said he was touched by the outpouring of support.

“Also, I still feel like I’m floating after performing with my idols Joey Ayala and Bayang Barrios. They are among the reasons I wanted to become a musician. That performance was a dream come true for me,” he said. About his coach Bamboo Mañalac, Rence said, “He advised me that while performing, I should make the song my own.”