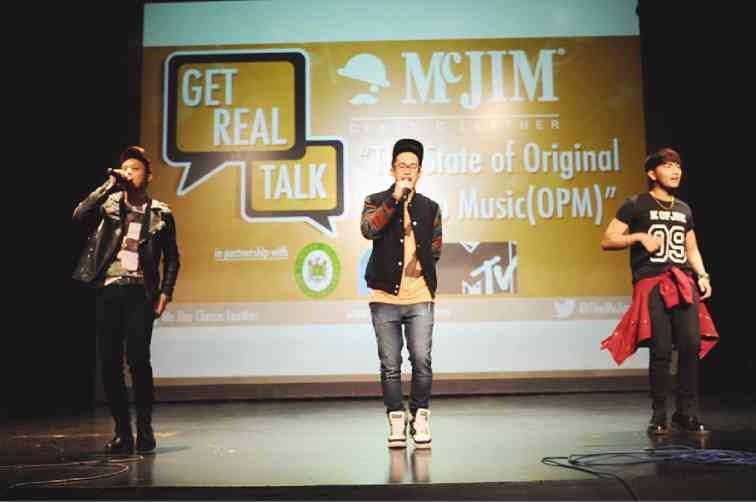 “I’m instructing my staff to nominate him as such. He deserves it. His body of work speaks for itself. His contribution to the music industry is immense. And it’s amazing that he has remained active up to this time,” Alcasid told the Inquirer.

According to the website www.ncca.gov.ph, the Order of the National Artists Award is the highest national recognition given to a Filipino who has made significant contributions to the development of Philippine arts. The order is jointly administered by the National Commission for Culture and the Arts (NCCA) and Cultural Center of the Philippines (CCP) and conferred by the President of the Philippines upon recommendation by both institutions.

The OPM chief described Cayabyab as “a guy who is so humble that he gets embarrassed discussing things like this.”

Alcasid then recalled how Cayabyab would go around the country to teach songwriting. “Not many people know this,” he said. “The last time I heard, Mr. C (Cayabyab’s nickname) was at the Philex Mining site. He taught songwriting to the families that were affected by the tragedy.”

Alcasid was referring to the 2012 Philex mine spill along the Boac River in Benguet Province, which caused the loss of livelihood and the spread of illnesses in the fishing community.

Alcasid added: “The camp that we attend every year in Dumaguete (Elements Singing/Songwriting Camp), that’s his brainchild. The Philpop competition is also his initiative. The music that Mr. C has created through the years has become very important to us Filipinos.”

In a recent interview, Alcasid belied talk that he has plans to run for a political position in his home town Taal, Batangas. “There are people who are far more deserving to hold a public office than I am,” he stressed. “I am not a politician and I am not into campaigning and electioneering. They’re not my cup of tea. I’d rather that people ask me to sing, act and make them laugh.”

He clarified that the OPM presidency is “not an appointive position. OPM is an NGO (nongovernment organization). We have nothing to do with government. We work on our own. We beg for funding. We ask for donations. We are now blessed to have sponsors. Hopefully, they will support us for many years or while I’m still president.”

A concert, “Palakasin ang OPM: The First 12-Hour Festival,” will be held on March 14 at the Bonifacio Global City Ampitheater in Taguig. It will feature Alcasid, Sandwich, Christian Bautista, Noel Cabangon and Gary Valenciano, among others.

Alcasid, who was among the celebrities who campaigned for then-Senator Benigno Aquino III in 2012, is a member of the Edsa People Power Commission. His team is tasked to organize the celebration of the Edsa Revolution every Feb. 25.

Read Next
Angels to young cancer patients
EDITORS' PICK
‘Justice will be done,’ Duterte assures as he vowed probe on Jolo incident to bare ‘truth’
Water remains our saving grace right now
DOLE: Return of OFWs’ remains from Saudi to be ‘delayed,’ deadline moved to ‘early next week’
Smart releases Hyun Bin’s second TVC
Current dominant strain of COVID-19 more infectious than original—study
EuroMillions Superdraw: A lottery draw unlike any other is coming to the Philippines
MOST READ
Duterte tells military: No other president looked at you the way I did
BREAKING: Duterte signs anti-terror bill into law
Locsin warns of ‘severest response’ if China’s army drills in SCS ‘spill over’ to PH domain
Vico: Cleanup of bidding process saved Pasig gov’t P415M
Don't miss out on the latest news and information.