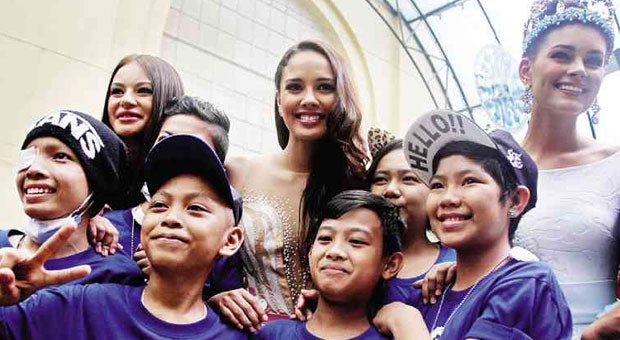 MISS World 2013 Megan Young (center) and Miss World Philippines 2014 Valerie Weigmann (second from left) get a photo-op with young cancer patients during the inauguration of the new hematology-oncology ward at the Philippine General Hospital in Manila. RICHARD A. REYES

The queens have summoned an “angel” to help the children.

Megan Young welcomed her successor, 2014 Miss World Rolene Strauss of South Africa, to the Philippines to mark the inauguration of the new pediatric hematology and oncology ward at the Philippine General Hospital (PGH) in Manila, constructed using funds coursed through the pageant’s “Beauty with a Purpose” program.

The charity program, which assists projects for children around the world, has been the virtual “battle cry” of the 63-year-old global competition. Titleholders are expected to spearhead the initiative. 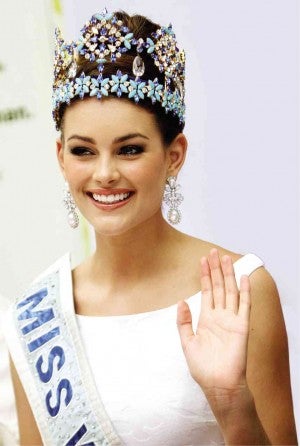 “BEAUTY with a Purpose.” Miss World 2014 Rolene Strauss at the PGH event. RICHARD A. REYES

The new facility was built largely with funds donated by Sta. Elena Construction and Development Corp. Its CEO, Alice Eduardo, was lavished with praise by the beauty queens for her generous contribution to the PGH Medical Foundation, Inc.

“Ms. Alice, you are truly an angel. Thank you very much. It is a huge honor to be a part of this project … in the Philippines,” said Strauss, who took a break from studying medicine in South Africa to come here, fulfilling part of her duties as Miss World.

Strauss said PGH offered her an internship that she can start when she resumes medical studies after her reign.

Like her predecessors, Young continues her work with the Miss World Organization’s charity projects.

She noted that her previous trips to the PGH were for the groundbreaking ceremonies and construction monitoring. “Now we see the results,” she said.

Inquirer columnist Cory Quirino, director of Miss World in the Philippines, said the occasion was “a day of blessings and tremendous, overwhelming happiness.”

She added: “Never in our wildest dreams did we think that our cherished dream to help the children of the PGH will happen.”

Quirino shared her elation with her “Miss World family”: “Ms. Morley gave us two mandates: First, to find a candidate, a Filipino woman who epitomizes beauty and grace, deserving of 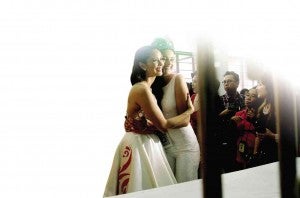 MEGAN (left) and Rolene at the PGH event.

the Miss World crown. We did that with Megan Young in 2013. The second is to make ‘beauty with a purpose’ a living reality in the Philippines.”

On Wednesday, PGH Medical Foundation Inc. chair Greg Alvior announced that Eduardo had pledged “to fund the complete renovation of the cancer institute, which will follow this project.”

The PGH’s new pediatric hematology and oncology ward can accommodate up to 15 children suffering from cancer and requiring isolation from people being treated for other ailments. It has a separate nurses’ station, which will be manned by health practitioners with additional specialized training.