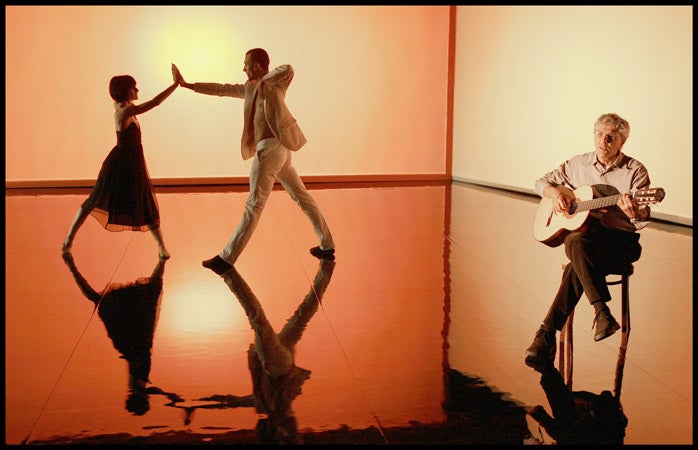 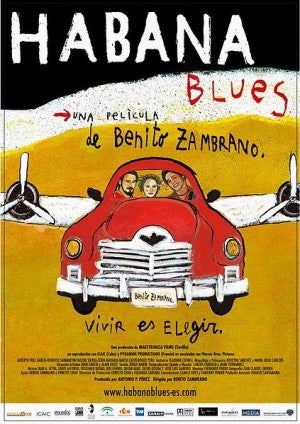 “Habana Blues,” directed by Benito Zambrano, is a film that focuses on the musical connection between two friends, Ruy and Tito. A musician-duo who mixes Cuban music with modern genres, Ruy and Tito come into conflict with each other when a Spanish record company offers then a breakthrough deal and asks them to change their music to cater to an international audience.

The movie tackles the themes of globalization and commercialization of music. “Habana Blues” was screened in “Un Certain Regard” section at the 2005 Cannes Film Festival. In 2006, it won Best Score at the Cinema Writers Circle Awards in Spain, the Goya Awards and the Spanish Music Awards.

“Flamenco de Raíz” (Flamenco from the Roots), a documentary by Spanish director Vicente Pérez Herrero, explores the unglamorous realities of flamenco, a Spanish folk-music-and-dance form, as a cultural industry.

The film uncovers the struggles and exploitation, the pain and passion, of artists—singers, dancers, musicians—who seek to build a career in the world of flamenco. It also delves into an anthropological history of flamenco as an art form and critiques how the aristocratic patrons of flamenco take advantage of artists in the industry.

“Tango,” directed by legendary Spanish filmmaker Carlos Saura, is a tango film set in Buenos Aires. The story revolves around the heart-broken theatre director Mario Suárez, who distracts himself with a new project after his girlfriend leaves him. 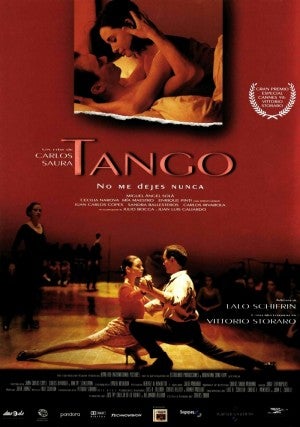 His project is to compose a musical about a tango. He falls in love with a young dancer Elena whom his financier Angelo advises him to cast in the new musical. Although Elena ends up in the leading role, Angelo remains unhappy with Mario’s work and becomes jealous of her affair with Mario.

“Tango” won the Technical Grand Prize at the Cannes Film Festival in 1998, and Best Sound at the Goya Awards, Outstanding Achievement in Feature Film at the American Choreography Awards, and Best Cinematography at the Argentinean Film Critics Association Awards in 1999.

“Fados,” a Spanish film also directed by Carlos Saura, focuses on the musical genre fado, which is part of Portugal’s musical heritage. The film is an ode to fado and combines song, dance, and instrumental scenes, weaving together a cinema of music. Set in Lisbon, the film draws a connection between fado and the city, tracing the evolution of the genre from Africa and Brazil to Lisbon’s contemporary Fadistas.

“Fados” is not only a musical journey but a visual one as well, as the director utilizes mirrors, lighting and projection effects, and color to make the music manifest through image. In 2008, it won Best Original Song at the Goya Awards and Best Documentary at the Cinema Writers Circle Awards in Spain.

“El Milagro de Candeal” (Miracle of Candeal), directed by Fernando Trueba, is an exploration of Afro-Brazilian music. It centers on Candeal, a marginal area in the heart of the capital of Bahia in Brazil, and its legendary Grammy-Award-winning percussionist Carlinhos Brown.

Told in the perspective of Cuban music godfather Bebo Valdés, the film shows how Valdés witnessed Brown’s achievements in inspiring the youth of Candeal, ultimately leading to the transformation of the Candeal slum into the hub of Afro-Brazilian music. 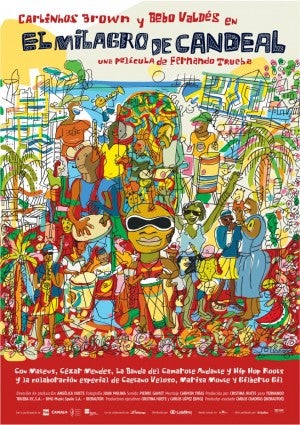