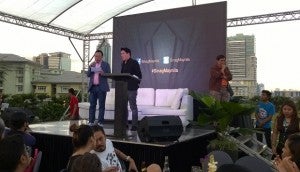 Sinag Maynila, a fresh and ­­­­­­­­­­­­­­­­­­ diverse film festival, is set to light up the cinema screens next month, featuring quality independent movies from non-mainstream Filipino filmmakers.

As the brainchild of Solar Entertainment CEO and founder Wilson Tieng and internationally acclaimed film director Brillante Mendoza, the festival will showcase five films that highlight Filipino culture and tradition, and at the same time delve into relevant social issues.

With the array of film festivals running in the country every year, Mendoza said they want to create something new this time, and that includes the healthy collaboration with the filmmakers.

“We want the festival to be responsible not only with the grants given to the filmmakers but also to the films themselves,” he said.

“We made sure that the films chosen are not only worthy but kung baga pwede silang maging (they could be) global..’yong finished product niya. Festivals always come and go but ‘yong audience…we need to create an audience not only in the Philippines but also outside the Philippines. That is our ultimate goal,” he added.

Tieng and Mendoza personally handpicked five notable independent filmmakers for this year’s selection. Both worked closely with the directors, from conception of the stories to their production stages.

The films are scheduled for screening from March 18 to March 24 in SM Cinemas all over the metro.