ER Ejercito: Planned film on SAF 44 will be based on facts, probe results 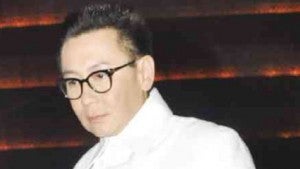 SAN PEDRO CITY—Unseated Laguna governor Jeorge “ER” Ejercito is not staying idle. He confirmed in a text message to the Inquirer on Tuesday that he is planning to produce a film about the Special Action Force (SAF) 44.

Ejercito said the “epic action drama” will be based on “facts and official findings” from the ongoing investigation into the Jan. 25 bloodbath in Mamasapano, Maguindanao.

“I intend to bring to life on screen an epic movie that is truly reflective of actual events and circumstances surrounding the incident,” he said, adding, “My aim is to immortalize the sacrifice that the heroes of the elite Philippine National Police-SAF made for the country.”

On Monday, the online community went abuzz after the politician-actor-producer posted on his Facebook page what looked like a movie poster with the words, “SAF, Para sa Diyos, Para sa Bayan, Para sa Tao,” a picture of Ejercito in SAF uniform rendering a salute, and the slain troops’ photos.

The poster indicates that the film will be directed by Pedring Lopez and co-produced by Viva Films and Scenema Concept International, “in cooperation with” San Miguel Corp.

Ejercito, an action star, was first elected governor of Laguna in 2010 and won a second three-year term but had to step down last year after the Commission on Elections disqualified him for campaign overspending in the 2013 elections.

On Tuesday, in an en banc ruling, the Supreme Court junked Ejercito’s motion for reconsideration and upheld its Nov. 25, 2014, decision that affirmed the Comelec ruling. Thus Ejercito’s appeal to have his disqualification overturned was denied “with finality,” making his removal from office permanent.

The movie poster on Facebook had generated 2,333 “likes” as of Tuesday afternoon, plus varied reactions from netizens.

Some lauded Ejercito and suggested names of movie stars to play roles in the film. Others said the very idea was “inappropriate… until justice is served.”

Albay Gov. Joey Salceda, on his own Facebook page, joined in the discussion, saying, “I honestly think the families of the Fallen 44 should promptly organize and hire a lawyer. The story belongs to them.”

Ejercito, while governor, starred in and co-produced the action movies “Manila Kingpin: The Asiong Salonga Story”; the biopic “El Presidente”; “Boy Golden: Shoot-to-Kill, the Arturo Porcuna Story”; and the remake of the 1986 “Magnum Muslim .357,” which were screened in the annual Metro Manila Film Festival.

Asked when his SAF movie might be released, Ejercito replied: “Let me finish it first.” He said he merely wants to “inspire and motivate the next generation of soldiers, commando rangers to enroll in the Philippine Military Academy and the PNP Academy.”