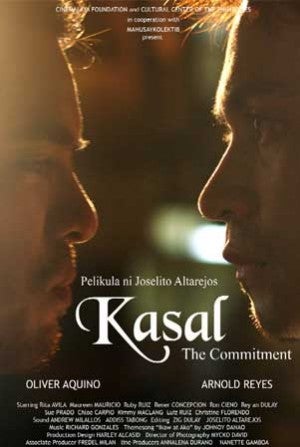 The love affair of a gay filmmaker and a closeted lawyer is tested when they attend a weekend wedding. Pinoy Rebyu’s Skilty Labastilla describes it as “a brutally honest depiction of a relationship in crisis.” Lilok Pelikula’s Richard Bolisay says it is “driven by a desire to approach things [with] a sober perspective.”

Olympian athlete, who becomes a prisoner of war, survives the harsh conditions in a Japanese concentration camp. Time magazine’s Richard Corliss remarks: “Jolie has made a solid movie … truly worth the wait.” Wall Street Journal’s Joe Morgenstern differs: “[This] tale of endurance … takes endurance to sit through.”

Secret spy organization recruits street kid to train for fight against evil genius. Los Angeles Times’ Betsy Sharkey points out: “If you can forgive the failings, [it] serves up its share of entertaining froth.” Philadelphia Inquirer’s Tirdad Derakhshani quips: “Tries so hard to be a clever, deconstructive meta-tale.”