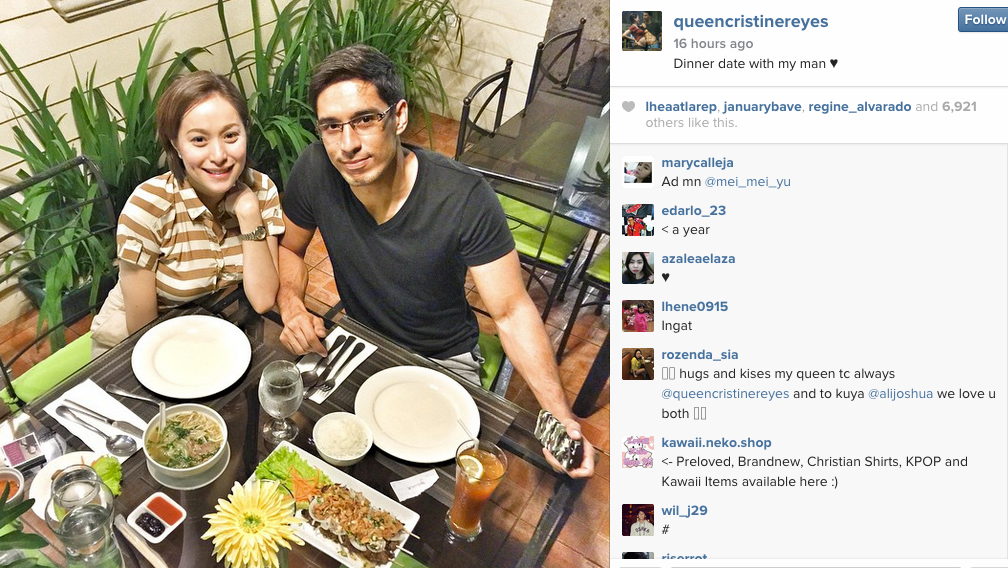 MANILA, Philippines–Actress Cristine Reyes has given birth to her first baby with boyfriend Ali Khatibi on February 8, a report from PEP.ph said.

The report said Reyes gave birth prematurely to a baby girl since she was still on her seventh month of pregnancy.

Reyes, it added, was confined on February 4, a day before her birthday.

The 26-year-old actress and her boyfriend, however, have not explicitly announced that she has given birth, but their close friends have been congratulating them on the social networking site Instagram.

The actress on Nov. 19, 2014 admitted that she was pregnant after performing a production number on ABS-CBN variety show ASAP.

In previous interviews, Reyes said that she and her 30-year-old boyfriend have been talking about the possibility of settling down.
RELATED STORIES

Cristine Reyes: ‘I’m having a baby’

Cristine Reyes: ‘Our little angel is a baby girl!’