‘No Other Woman’ gets an ‘A’ grade 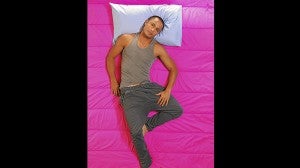 DEREK Ramsay: “Believable in his sincerity for atonement.”

Ruel Bayani’s adult drama “No Other Woman,” featuring Anne Curtis, Cristine Reyes and Derek Ramsay, was given a grade of “A” by the Cinema Evaluation Board (CEB) for its actors’ ability to portray their roles “with intense conviction and truth, with enough emotional pull to draw the audience deep into the story.”

CEB chairperson Christine Dayrit, citing a reviewer, said Anne was “at her most improved performance. She is commendable for taking the risk of playing the role of the other woman, contradictory to her sweet image.”

Reyes’ portrayal of the perfect wife was “au naturel.” Ramsay was “a revelation, showing versatility in his acting prowess, believable in his sincerity for atonement. In his desire to make amends with his wife, the audience empathizes with him.”

The film tells the story of Ram Escaler (Ramsay), a furniture salesman eager to succeed on his own. He resents living in a house that was a wedding gift by the father of his wife, Charmaine dela Costa (Reyes).

While supplying furniture for the Zalderiaga Group of Companies for its new resort, he meets the carefree and adventurous heiress Kara Zalderiaga (Curtis). She flirts with Ram and proposes a relationship with no “emotional attachment.” Things take a difficult turn when Kara becomes too clingy and Charmaine discovers the affair.

“The three leads were remarkable,” commented another CEB member. Curtis and Reyes looked “very natural.” One reviewer explained: “When Anne is not in her corporate attire, we get to see her real beauty – freckles and all. We likewise get to see Cristine as a housewife devoid of makeup. They both come out more beautiful and more real.”

The film, a coproduction of Star Cinema and Viva Films, was able to present a “credible depiction of a worn-out topic,” said another reviewer.

Bayani “displays an almost flawless grasp of technique and mastery of the medium,” a CEB member noted. His movie was “well-paced and sensitively directed.” He was “an expert in his craft and in motivating his actors to the best of their ability,” said another.

The movie turned out to be a masterpiece since “the storytelling is done with sincerity and proclivity for perfecting his [Bayani] craft.” Its script, by Kriz Gazmen, Jay Fernando and Keiko Aquino, was “riveting. [It is] well-sewn, unique, evocative and engaging.”

Some reviewers took note of the film’s “beautiful” as well as “emotionally resonant” cinematography. “It complemented the moods established in the film against the picturesque panorama of the mise en scène. It was exhilarating to watch the beautiful people on screen. There are awesome shots, especially those that show the panoramic vistas of the resort.”

The editing was “crisp and competent,” observed one reviewer. However, most of them agreed that the movie was “over-scored.” One member clarified: “Some scenes needed quiet music tracks. Sometimes, the actors are delivering important lines and there is a song blaring in the background.”