Powerful Playboy has pimps who set him up for dates

It seems the underlings of Powerful Playboy are taking their jobs as procurers way too seriously.

Gay Pimp has been calling up several celebrities, including Gifted Actress, asking for a date with PP.

GA is stunned speechless, especially since she’s on the rebound after a bad romance.

GP and someone close to PP are also trying to ensnare Glamorous Celebrity who’s very much in the news these days.

GC isn’t taking the bait, however, as she is currently involved with a young guy.

Another Famous Pimp tried to set up Beautiful Star with PP.

Even after BS had put a stop to the scuttlebutt, PP’s camp still sent feelers, trying to schedule a date.

PP’s handlers don’t seem to understand the meaning of the word “no.”

An insider in Revitalized Station denies that Major Star is making the big leap anytime soon.

Someone from MS’ camp agreed with the mole. MS still has two projects pending in Old Home.

Although MS is inclined to accept one project, the other is expendable, said a source.

Seems MS’ Influential Backer is playing hardball with OH execs – to bolster the disenchanted star’s position in the faltering empire.

Cute Hunk thought that by joining forces with Influential Backer, he’d get to increase his stock in Aggressive Station, said a mole.

CH’s gambit backfired instead, an insider claimed. AS didn’t give in and CH failed to clinch a lucrative contract – in spite of IB.

CH was left eating humble pie in the end.

Showbiz Insider is losing the trust of formerly loyal talents, according to a spy.

SI is quite flippant, unreliable and incompetent, a Top Exec pointed out. Increasingly dissatisfied, the stars gave SI the pink slip.

SI, however, remains nonchalant – insisting that the stars’ exodus is not that big a loss.

At one point, a shoot was packed up because Big Star couldn’t fit in the costume.

Now, on the set of a new movie, Beleaguered Filmmaker has the same problem not just with one, but two Heavyweight Stars.

The costume department is complaining because HS1 and HS2 are difficult to dress up.

“We could only borrow models’ sizes from boutiques, and HS1 and HS2 can’t fit in them,” sighed a harassed staffer. 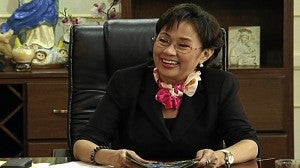 Luchi Cruz-Valdes and reporters Jove Francisco, Ina Zara and Maricel Halili will take a look into the different angles in Vilma Santos’ life on “Anggulo” tonight on TV5 after “AKSYON JournalisMO” and at 8:30 p.m. on Aksyon TV (Channel 41 in Mega Manila, Channel 29 in Metro Cebu and Davao, Channel 1 on Cignal Digital TV and Channel 59 on Sky Cable).

The show will retrace Vilma’s roots as a child actress who went on to star in nearly 200 movies, winning close to a hundred acting awards in the process, and moving on to pursue a political career as governor of Batangas. 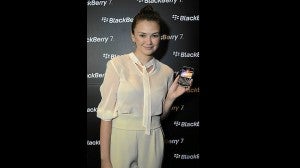 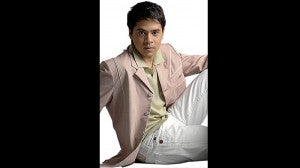 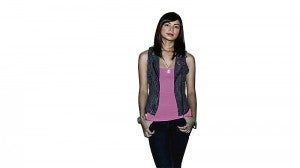 John Lloyd Cruz, asked about the current state of his love life: “Ganun pa rin, boring! Nothing new except that we [Shaina] are doing perfectly fine.” (It’s another way of saying, “Leave us alone.”) 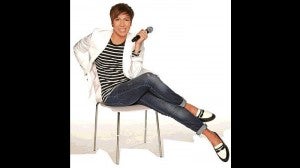 Lovi Poe on love: “I believe that once you love someone, you should give everything. You should always be open to getting hurt … You shouldn’t be afraid to get hurt, because after that, magiging masaya ka ulit.” (Hmm, mukhang masaya nga siya ngayon.)