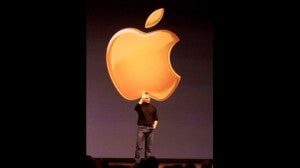 LOS ANGELES, United States — Filming got under way in San Francisco on a new biopic about Apple co-founder Steve Jobs, with Hollywood’s Michael Fassbender playing the role of the mercurial computer pioneer.

Sources told AFP on Thursday that the German-Irish Fassbender, 37, took on the title role in the movie “Steve Jobs” after it was turned down by Leonardo DiCaprio and Christian Bale.

Bale, Oscar-winning British star of “The Dark Knight” pulled out of the project in November, news reports said, after deciding he wasn’t right for the part.

The screenplay for “Steve Jobs” is being written by Aaron Sorkin, who won an Academy Award for his script for “The Social Network,” about Facebook and its co-founder Mark Zuckerberg.

Fassbender, one of Hollywood’s most accomplished actors, is best-known for dark and intense dramatic roles in movies by British director Steve McQueen, including “Hunger,” “Shame,” and “Twelve Years a Slave.” He also appears in “X-Men: Days of Future Past.”

The movie is being directed by Danny Boyle, best known for “Slumdog Millionaire” and “Trainspotting,” and is scheduled for release next year.

Jobs’ sidekick at Apple, Steve Wozniak, is to be played by Seth Rogen, most recently seen on the big screen in the controversial movie “The Interview,” about a US plot to enlist a pair of American journalists to assassinate North Korean leader Kim Jong-Un.

Other actors with major roles in “Steve Jobs” include Jeff Daniels and Kate Winslet.

The Apple inventor’s storied life already has been rendered on the big screen in 2013’s “Jobs” starring Ashton Kutcher, a film that received tepid reviews.