MANILA, Philippines—Singer Sarah Geronimo and actress Kim Chiu brought two iconic Disney princesses to life as they dressed up as Rapunzel from the movie “Tangled” and Fa Mulan from the movie “Mulan,” respectively, for a limited-edition calendar.

Other Southeast Asian stars included in the Disney Princess 2015 Calendar are the following: Sandra Dewi as Cinderella, Marsha Milan Londoh as Elsa, Gam as Maleficent, Proud as Ariel, Wawa as Belle, Best as Jasmine, Golf as Merida, Daiyan Trisha as Snow White, Fah as Tiana and Tori as Pocahontas. 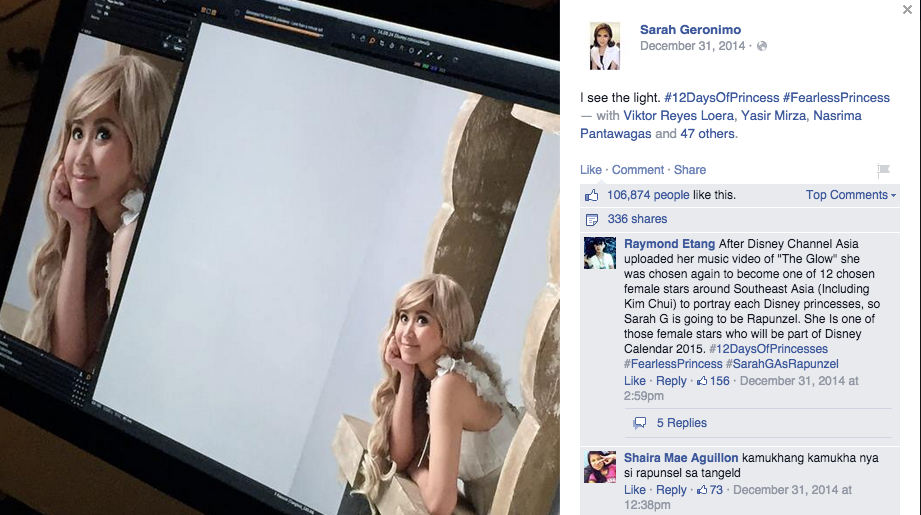 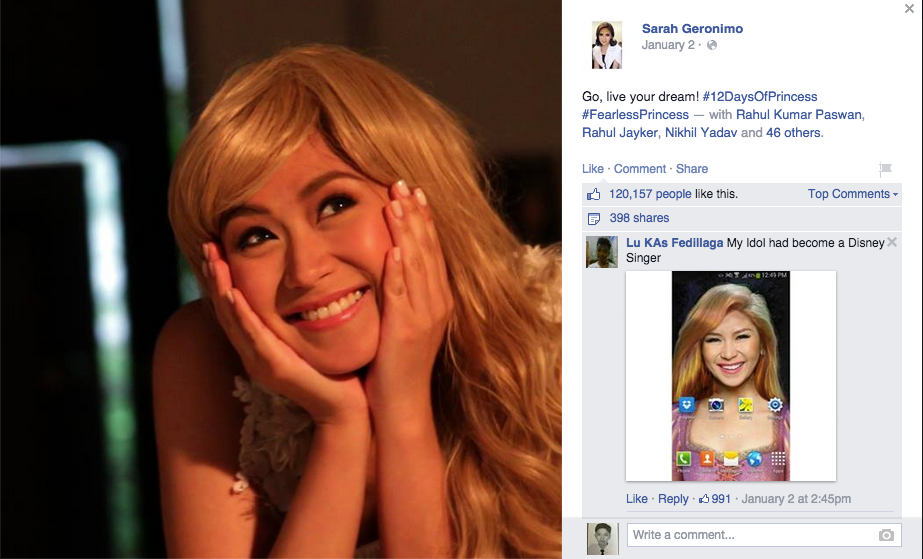 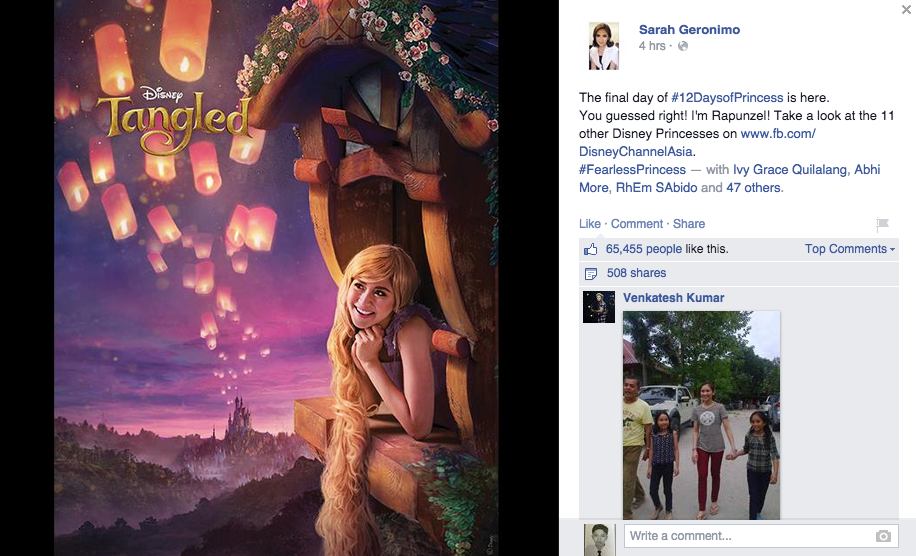 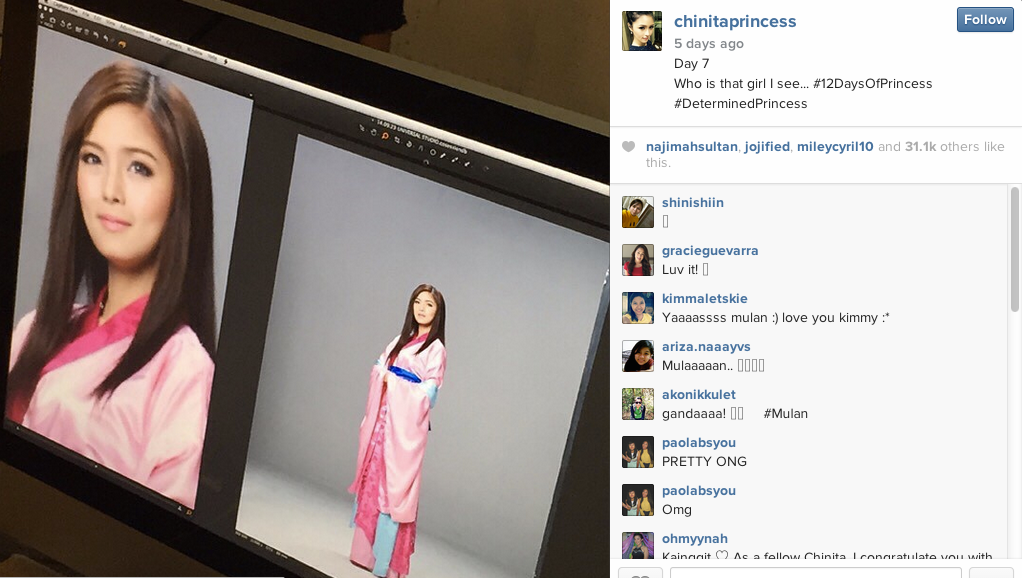 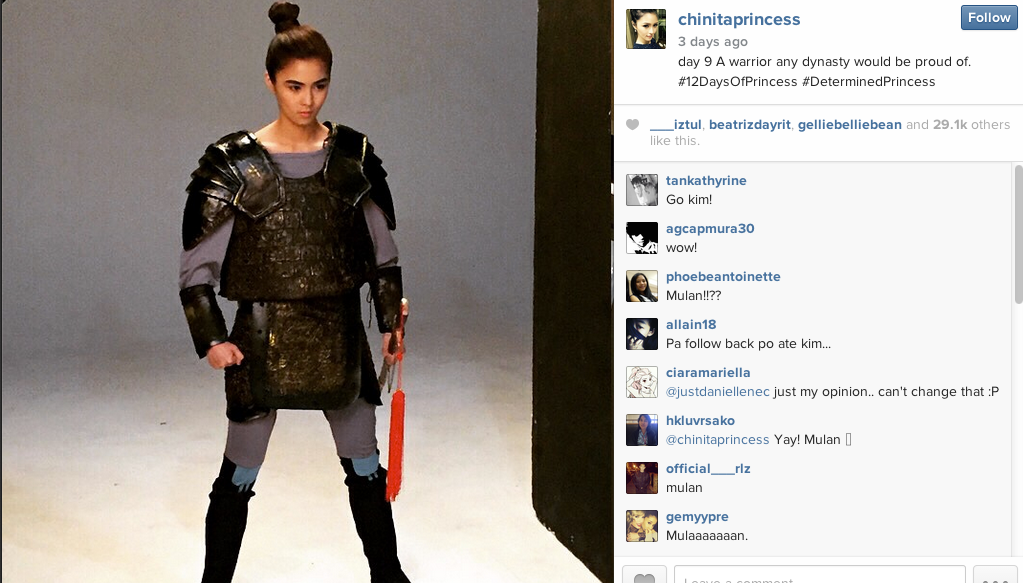 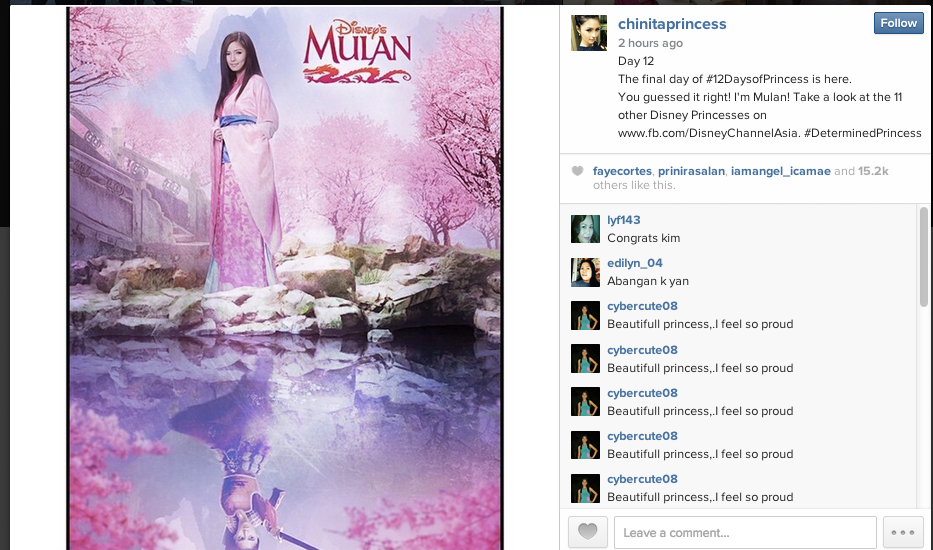