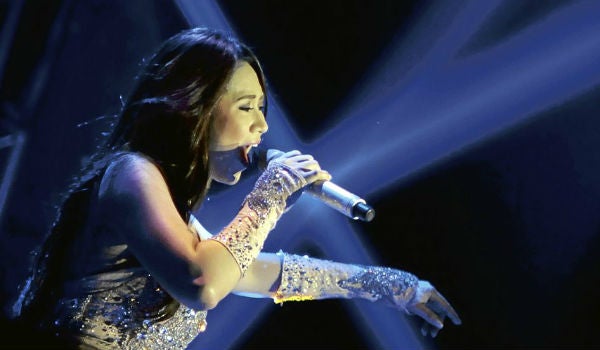 MANILA, Philippines – MTV has announced that Filipino singer and actress Sarah Geronimo was adjudged Best Southeast Asia Act at the 2014 MTV EMA, one of the biggest global music events of the year that celebrates the hottest artists from around the world.

“From her nominations at the MTV EMA last year to this year’s Nickelodeon Kids’ Choice Awards, we knew she was a fast rising Asian star. We will continue to elevate Asian artists at international platforms, grow the awareness and appreciation of Asian music and artists for fans around the world to enjoy,” said Sharma in a statement.

Following her victory, Geronimo now has the opportunity to be voted into the prestigious Worldwide Act award category, the winner of which will be revealed during the 2014 MTV EMA in Glasgow.

Global hip hop superstar Nicki Minaj is set to host the 2014 MTV EMA that will be broadcast live to MTV channels worldwide from the SSE Hydro in Glasgow on Sunday, November 9 at 9:00 p.m. (Monday, November 10 at 4:00am Singapore time).

British rock legend Ozzy Osbourne will be honoured with the Global Icon Award and will be in Glasgow to accept his award.

The MTV EMA – one of the biggest global music events of the year – recognizes artists from around the world and across genres, and brings together music fans everywhere for a one-of-a-kind experience in the weeks leading up to and at the show.

Bruce Gillmer and Richard Godfrey are executive producers for the 2014 MTV EMA.

Sarah Geronimo: A Decade In