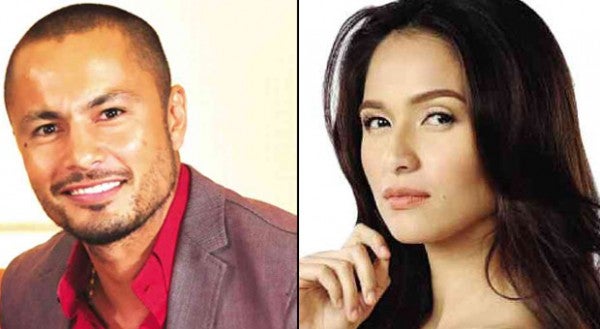 MANILA, Philippines–For his performance in the romantic comedy “English Only, Please,” Derek Ramsay pulled off a surprise win in the Best Actor category of the 2014 Metro Manila Film Festival (MMFF) against crowd favorites Coco Martin and Robin Padilla.

“I’d like to thank our brilliant director for his skilled leadership and the writers for coming up with an amazing script,” Ramsay, told the Inquirer in a text message.

“The outcome of this movie would not have been this good if not for the people who believed in me and pushed me to work harder,” she said.

Padilla appealed to moviegoers to watch his film, “Bonifacio: Ang Unang Pangulo,” in a bid to recoup the biopic’s P250-million investment. He said it has earned only P10 million since the annual film fest began on Christmas Day.

“I hope that after reading about the results of the awards ceremony, people will all go to the cinemas to see it. Its producers hope to recover what they have invested… to finance yet another historical project, the life story of Gregorio del Pilar,” Padilla said during the ceremony.

The film “English Only, Please” won the 2nd Best Picture award, as well as the Best Director trophy for Dan Villegas.

“The challenge for us was how to make a film that will entertain and yet will not insult the intelligence of the Filipino audience,” said producer Joji Alonso of Quantum Films.

A commemorative award was given to Manila Mayor Joseph Ejercito-Estrada and the late Guillermo de Vega for organizing the Metro Manila Film Festival in 1974. Metro Manila Development Authority chair Francis Tolentino was given a special citation for his work as festival head. Young actress Nadine Lustre was proclaimed Face of the Night.