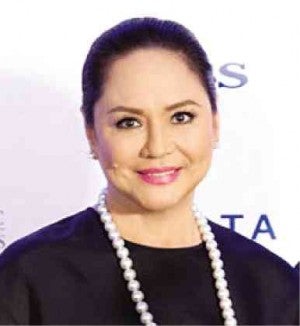 Concio rose from the ranks—and paid her dues.

Our recent article on Charo Santos-Concio got a lot of feedback, with reactors saying that they were most impressed with the fact that Charo rose from the ranks, and paid her dues.

Now that she’s the top power player at both ABS-CBN and Star Cinema, she can do a lot of good for the country’s millions of viewers—with the support of the viewing public, which knows that, with her in charge, they’re in good hands!

After our column on fave romantic films came out, we got a delighted reaction from Joan Orendain, who said she was particularly pleased that we had cited Federico Fellini’s “La Strada” as one of the best movies about love ever produced.

In fact, said Joan, she was surprised to learn that somebody other than herself in these parts had seen and loved the art film!

Well, Joan, I first watched “La Strada” in film history class in grad school at Northwestern University—and promptly became a fan for life! It’s great because it shows how two “rejects” of society, played by Anthony Quinn as a circus strongman and Giulietta Masina as a deaf mute, could still love and be loved—an “inspirational” message for everyone!

Other feedback: From “Boob-Tube Booboos” aficionados, request to make the fun compilation a more regular feature at least once a month. —Happy to oblige! Also queries about a “BTB” book. —It’s in the works—but will be out next Christmas.

On our recent article on attention-calling TV commercials, a reader cited the piece for being “thorough and witty,” and went on to add her own fave spots to our list.

On Piolo Pascual getting seriously ill on “Hawak-Kamay,” Jean Garcia being blind on “The Half Sisters” and Bea Binene’s mother coughing up blood in “Strawberry Lane,” Percy Tiro raps scriptwriters for resorting to the “emotional blackmail” of illnesses and medical crises much too often.

Yes, many people do eventually fall seriously ill, but it’s too facile a ploy to generate pity and tears on TV. —Give it a long rest, he urges.