Focus on exceptional actors who deserve a comeback 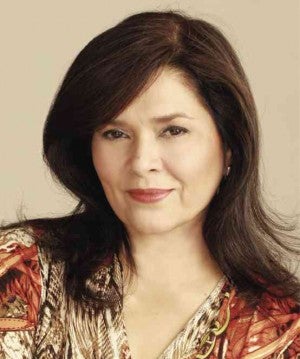 Our recent laudatory focus on Lilet’s comeback portrayal in “Forevermore” has whetted our appetite for the return performances of other good but “missing in action” stars, who should be enticed back home, to delight us with their exceptional performances, after years and even decades of living abroad.

Topping our list of “most preferred” comeback artists is Hilda Koronel. Each time we meet with TV-film executives, we make a strong push to get Hilda to shoot a film or TV series here.

Back story: We’ve worked with Hilda on some movies, and can vouch for her rare combination of beauty, talent, versatility, charisma, feisty personality and love for performing, honed by the late, great Lino Brocka and other top mentors.

When people ask us if we’re either a Noranian or Vilamanian, we retort by declaring that we “have no principles,” and believe in talent per se—which is why we’re a Noranian, a Vilmanian, and a Hildanian, too, for good measure!

When she was at the peak of her career, Hilda was very popular with moviegoers. Next only to Nora, she could draw huge crowds to her movie shoots, on  instant word of mouth alone. And, her screen portrayals were truly special—like her iconic depiction of Ligaya Paraiso in “Maynila: Sa Mga Kuko Ng Liwanag.”

In addition, we can still vividly remember her first, “introducing” shot in “Santiago”—in which her lovely, young face emerged on closeup from the ashes and embers of the ruins of war—!

So, we’re repeating our plea to the TV-film powers-that-be to convince Hilda to act again, by offering her a truly challenging and “quality” project that she simply can’t pass up!

We also yearn for the screen comeback of Lolita Rodriguez, who’s similarly US-based. In addition, we want to see Rosanna Roces onscreen again—minus the distracting tics and shticks, just with her “wounded” talent resplendently on view.

Also, the aborted comeback of Amalia Fuentes should finally happen—but in a vehicle better suited to her unique combination of attributes at this point in her life.

More: Please, will some savvy or perspicacious producer gift us with a beautiful film starring Robert Arevalo and Barbara Perez? They could be our cinematic Lunt and Fontaine—if only we were wise enough to realize it!

Other senior stars who should “un-retire” next year include Rosemarie Gil and Eddie Mesa (can you imagine them in a film with all of their gifted progeny?).