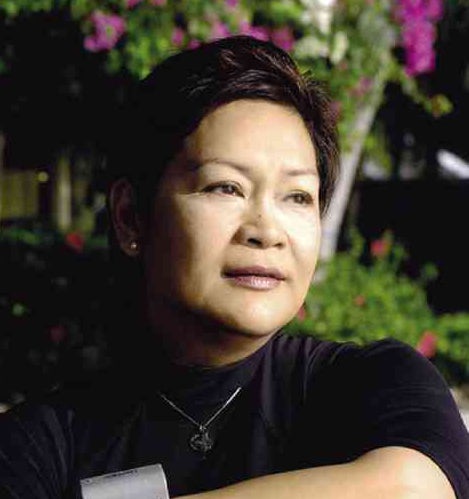 ABAYA. “Emotionally generous”artist who unstingtingly went out of her way to connect with friends.

Our recent tribute to Behn Cervantes elicited favorable response from some readers, who share our admiration for the actor-director-activist’s many accomplishments. Interestingly, it’s also prompted some people to “complain” about the “special treatment” that we’ve given our much-missed friend on the first anniversary of his demise.

What about the other worthy souls who are no longer with us, they ask—like Marilou Diaz-Abaya, Ishmael Bernal, Lino Brocka, Eddie Romero, Pete Roa, etc.?

We hasten to agree that they all deserve to be remembered and celebrated, because their contributions and accomplishments, like Behn’s, cannot be gainsaid.

About Marilou, we consider her a most “emotionally generous” friend, because she unstintingly went out of her way to “connect” with us in many special ways.

When she put up her Marilou Diaz Abaya Film Institute, she asked us to teach scriptwiritng. When she was tapped to receive the prestigious Fukuoka Prize in Japan, she chose us to cover the key event—and took us to the Fukuoka Asian Film Festival and Tokyo Film Festival, for good measure.

When she rested at her family’s dive resort in Anilao, she took us along. When she did workshops for the Silsilah peace group in Zamboanga, she asked us to handle corollary workshops in scriptwiritng and media utilization. When she shot her Ina ng Peñafrancia film in Bicol, we covered the premiere in Legaspi.

In other words, we were comfortably copacetic friends and colleagues—which may be why, before she died, she asked us to write her film bio, and provided us with background material on her life and career, as well as on her exceptional productions.

Like her other friends, we were devastated when she has to fight her cancer battle not once, but thrice. We saw her in pain but resolutely forging ahead, and chided her for thinking of our feelings instead of focusing on herself!

Similarly, we lectured her for occasionally not sticking to the controlled diet that her big team of doctors insisted on, but she pleaded with us to not be so severe with her—because she loved good food too much!

Toward the end of her long struggle, Marilou paid us the singular compliment of asking us to “join” her medical team, even if we didn’t have a medical degree.

Why did she make that highly illogical move, we wanted to know? Because, she smiled, she “belatedly realized” that simply seeing us gave her a psychic boost! And, how had she arrived at that idiosyncratic conclusion?

“Well,” she said, “after our last fun-filled meeting, I woke up the next day and realized with delight that it was the first time in three weeks that I felt no pain!”

And, three weeks before she passed away, we finally got Marilou to spend the day with another much-loved friend, Che- loy Dans—the first time they had ever done so. They got along so famously that Marilou “threatened” to move into Cheloy’s spare bedroom!
Yes, it never happened, but it was enough for all of us that, through our “auspices,” they had finally become—fast friends!

Last Nov. 29, friends and loved ones of Rosario Lontoc Divino of Pola, Mindoro, were delighted to join her in celebrating her 99th natal day.

Well-wishers remarked at how truly gracious and lovely  Mama Rosing looked on her special day, thanks to the love and care of her children, Amor, Alita and Algier.

The fun-filled celebration was made even more memorable by musical performances by Alita’s theater friends—and, dancing galore!

Here’s looking forward to the lovely celebrant’s centennial festivities next year. We can hardly wait!