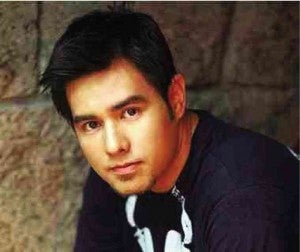 EIGENMANN. From antagonist to protagonist.

Losing his dad, Mark Gil, to cancer this year wasn’t easy for Gabby Eigenmann and his famous family. But, the 36-year-old actor-singer remains thankful for the blessings that came his way, like bagging the title character in the GMA 7 teleserye, “Dading”—his first lead role ever!

He shares, “I’ve been in the business for 17 years now, and I have always been cast in kontrabida roles, which I don’t mind doing—after all, except for (half-sister) Andi, most of the members of my family are better-known as actors than stars.

“When I asked my dad and my Tito Michael (de Mesa, Mark’s brother) for acting tips, they said it was important to be truthful and consistent—and keep my passion for acting burning!”

The character in the series was gay, but Gabby didn’t have a hard time “embracing” him because, like Carding, he’s  a father. He explains, “I have four kids—plus, when my siblings were younger, ako ang nagpapakain at naghuhugas ng puwet nila (laughs). Maalaga ako—

and I doted on them.”

What does Gabby do on his downtime? He beams, “I collect toys, especially Marvel characters—and I’m a huge NBA fan (he loves the Knicks).” And, he loves singing—in fact, Gabby has recorded two albums (“Loving,” “Sa ‘Di Kalayuan”), so far.

Like Gabby, Glaiza de Castro has two albums to her name (“Magbalik Ka,” “Glaiza”), the first one released when she was only 13 years old! She discloses, “I love music—that’s why I decided to do Quark Henares’ Cinemalaya entry, ‘Rakenrol.’”

Glaiza recalls, “From the start, Katski knew what she wanted to do with her movie. She was specific in her direction, so I had an idea where the story was going. We rehearsed my scenes many times, in detail, before we shot them!”

It’s been awhile since we last saw her in an indie. Is it a conscious decision? Glaiza shares, “I like taking risks. I love the variety and diversity of roles available in digital films—but, medyo na-trauma ako sa isang indie na ginawa ko recently, that’s why I’m a little more careful these days.

“Now, when I get offered something interesting, I read the script and ask myself if the project is something I really want to do, or if I could pull off the character assigned to me. If I have doubts about it, I graciously decline!”