MANILA, Philippines–Sen. Grace Poe leads the guest speakers in Thursday night’s Indie Bravo! tribute to independent filmmakers, along with Briccio Santos, chair of the Film Development Council of the Philippines (FDCP); Eugenio Villareal, chair of the Movie and Television Review and Classification Board (MTRCB); and Quezon City Mayor Herbert Bautista.

Indie Bravo! is the Inquirer’s annual gathering of Filipino cinema artists who won international awards for their works in the past 12 months. There are 29 honorees this year, 10 actors and 19 directors. 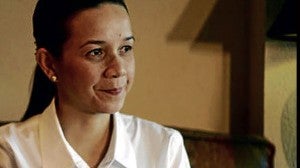 On top of the list are Lav Diaz, who won the Golden Leopard at the top-tier Locarno (Switzerland) International Film Festival; and Brillante Ma. Mendoza, declared a Knight in the Order of Arts and Letters by the French government early this year for his body of work.

Now in its fifth year, Indie Bravo! allows independent filmmakers (those who make movies outside of the major film production system) to touch base with industry leaders, relevant government agencies and other stakeholders.

Past editions of the tribute led to significant reforms and innovations that benefited the whole movie industry. The MTRCB lowered its review fees for indie movies, for instance, and currently has an independent filmmaker as board member.

The FDCP mounted a series of film festivals around the country featuring indie productions, and launched its own international indie film festival in October.

Indie Bravo! night is held at the Inquirer office as part of the news organization’s annual anniversary celebrations.

Poe has been a staunch supporter of the Inquirer Indie Bravo! since it started in 2010, when she was still MTRCB chair. Like her, Santos has consistently supported Indie Bravo! activities, notably a four-city (Davao, Iloilo, Baguio and Zamboanga) festival of short films and documentaries..